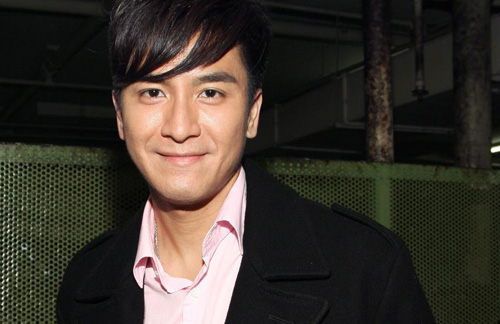 Kenneth Ma (馬國明) and Tavia Yeung (楊怡) promoted their new drama, Prominent Family <名媛望族>, at the 2012 Filmart expo yesterday. The pair  enjoyed their increased popularity stemming from the success of medical drama, The Hippocratic Crush <On Call 36小時>. There has already been early buzz that a sequel for The Hippocratic Crush may be filmed.

A Showdown of Dramatic Acting Talent in “Prominent Family”

The story of Prominent Family centered around Damien Lau (劉松仁), who portrayed the first Chinese lawyer in British Hong Kong in the 1920s. The intense rivalry among Damien Lau’s five wives will threaten to shake the foundation of Damien’s family to the core. Kenneth will portray Damien’s eldest son who is also a barrister, upholding the family amidst turbulence.

Prominent Family showcased TVB’s forte, which was the portrayal of family conflicts. Despite the talented cast, especially veterans Damien Lau and Idy Chan (陳玉蓮), much ado has been made regarding the quality of the script itself. Will the script be able to draw forth the audience’s strong emotions of tears, sadness and anger? Earlier, rumors circulated that Damien had to become a part-time scriptwriter for the drama due to the lack of experienced staff involved in the project.  Kenneth Ma and Tavia Yeung denied such rumors, citing that Damien would only offer his advice upon any matters of interest regarding the script and was not as involved as rumors suggested. The cast of Prominent Family will be filming in Shanghai in April.

A Sequel for “The Hippocratic Crush”

Recently, “Heartthrob Doctor” Kenneth Ma graced tabloid headlines in one publication after the other. Kenneth’s popularity shot to its highest zenith in his 12-year career after the airing of The Hippocratic Crush, which peaked at 39 points in its finale, with approximately 2.47 million viewers watching in Hong Kong. Although it may still be early, rumors were abuzz regarding the creation of a sequel.

Kenneth was eager to resume his role as neurosurgeon, “Cheung Yat Kin,”  in The Hippocratic Crush. Although Kenneth professed that the doctor role was similar to the well-mannered characters he portrayed in the past, the character was very mature and matched his real-life age. The combination of a good script with moving scenes, timing and luck helped push the popularity of his character higher.

Kenneth also credited the chemistry of The Hippocratic Crush’s young cast, who he had urged to put forth their best efforts during filming. Kenneth advised sagely, “Since many artists left TVB, there are many opportunities available. Now it is dependent upon who puts in efforts in their acting. If you can grasp each role you portray, then your workload will continue to increase. The producers do not need you to give them gifts. They need people to act in their dramas. If you are able to deliver a good performance, then you will be included in the next project.”

It Takes Time To Age A Fine Wine

Despite the recent praises for his acting, Kenneth agreed with Damien Lau’s perspective that an actor needed to continuously improve one’s acting and there was no finite point to reach, according to Apple Daily. Kenneth also expressed appreciation for seasoned veterans, “In my past interviews, I have expressed that siu sangs are not difficult to find. You can find these young actors in the acting training classes and cast them in 2 or 3 dramas, with the support of the veteran actors. On the contrary, the veteran actors, with 20 to 30 years of experience, are difficult to find. They are very important. If they are gone, they are gone.”

Kenneth learned that a sequel for The Hippocratic Crush with the original cast was planned, but did not know when production will begin. He indicated that he hoped to have Tavia Yeung as his romantic costar in the sequel again.

Jayne: Next year will likely be the earliest time when the cast may be assembled for the sequel of “The Hippocratic Crush.” I wouldn’t be surprised if TVB plans to milk this series like “Healing Hands.”

153 comments to Kenneth Ma A New Generation Of “Heartthrob Doctor”