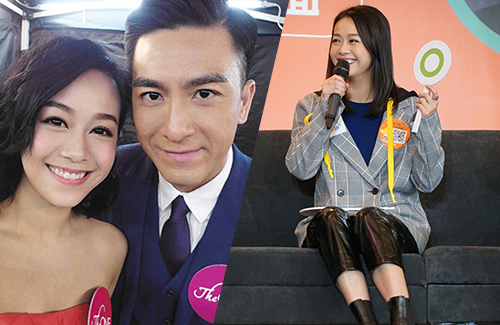 TVB actress Jacqueline Wong (黃心穎) turned 29 last Tuesday, and her boyfriend Kenneth Ma (馬國明) was there to celebrate it with her. The Deep in the Realm of Conscience <宮心計2·深宮計> actress refused to disclose what Kenneth gave her as a gift, insisting that it’s a secret. Asking if the gift was upon her request, or if it was something that Kenneth had just decided to give, Jacqueline smiled and said, “It was a bit of both.”

Reporters pointed out that Kenneth is known for his silliness and cuteness (天然呆), so it seemed out-of-character for Kenneth to be able to figure out what his girlfriend wanted. Jacqueline said, “He’s a very simple person. The longer we are together, the more he knows about what I want.”