Kenneth Ma Turns Landlord After Burning His Fingers from Stocks 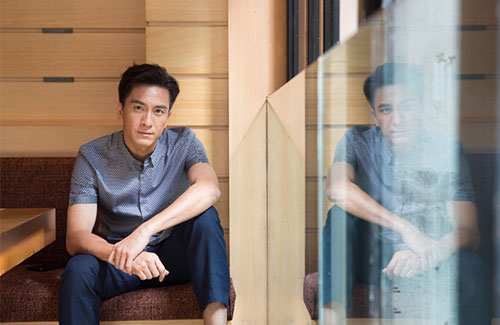 The actor turns to renting out a luxurious apartment after a painful experience of losing $400,000 HKD from stocks.

After the headline-making cheating scandal involving his girlfriend Jacqueline Wong (黃心穎) in April, popular 45 year-old TVB actor Kenneth Ma (馬國明) regained his status recently as one of Hong Kong’s most eligible bachelors in entertainment. Interviewed recently, he said that he had spotted and purchased an ideal residence which he would use for collecting rent.

His avid financial planning for the future was due to a loss on the stock market years ago, where he burned his fingers and lost a sum of $400,000 HKD within a short seven days. Learning a painful lesson, the actor decided to turn his attention to making money from investing in property instead. The actor bought a $20 million apartment in Taikoo Shing three years ago, where he lives with his family. He has also forked out millions for a luxury residence which he plans to rent out.

Describing himself as being rather savvy at financial calculations, Kenneth said that renting out luxurious apartments is a most stable method. He prefers to rent out to small families as a quick way to collect rent, which he would use to support his own housing expenses. He considers it a long-term investment as he would be able to recoup the cost of inflation, and finds it ideal compared to putting money in the bank which earns no interest.

The actor is assumed to have saved up enough for his luxurious residence’s down payment from his lucrative work earnings in China.