Kevin Cheng Agrees That He Looks Like Yuen Wah 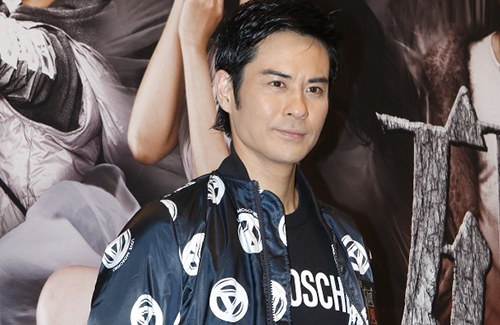 Blue Veins premiered to an average rating of 23 points on its first week of broadcast. The ratings dropped to 22 points on the second week. Saturday’s episode hit a new low for a weekend run—it reached only 19 points, bringing less than 1.3 million viewers.

FAMA’s Luk Wing (陸永), who stars as C Kwan on the show, admitted that he’s quite disappointed in the ratings. “I want more people to see it!” Kevin, on the other hand, said he strongly believes that the show will be able to draw in more viewers during the second half. As the subject matter of Blue Veins is different from typical TVB dramas, it’s not a surprise that ratings have been low thus far.

Kevin then said his mother dislikes watching Blue Veins. “She thinks the show is more suitable for younger viewers.”

“All daughters would think their father is the most good-looking,” Kevin said. Luk Wing then responded jokingly, “Yes, until you showed up.” Netizens have remarked that Kevin resembles martial arts veteran actor Yuen Wah (元華) in the show. Kevin agrees, “They have such good eyes. I originally thought about looking like Brother Sharp (handsome beggar) or Stephen Chow (周星馳) in Kung Fu Hustle <功夫>, but Wah Gor is perfect. He is a landlord, and a powerful pugilist. I didn’t want to be clean-cut like in my past dramas. It’s too boring.”

Netizens also joked that Kevin looked like he hasn’t washed his hair in 500 years. Kevin laughed and said, “We didn’t have gel 500 years ago! Rather than 500, I’ll say a couple of decades. That would make more sense!”