Malaysia’s 2011 Astro on Demand television awards were considered an indicator of the upcoming results for the 2011 TVB Anniversary Awards. The Astro awards were held last night, crowning Kevin Cheng (鄭嘉穎) as TV King and Myolie Wu (胡杏兒) as TV Queen in Malaysia!

When Kevin Cheng received the 2011 Astro My Favorite Actor Award, he joked, “Some people asked me if I were to win the Astro My Favorite Actor Award, would that mean that I will not be winning TVB’s award (TV King)? I felt very contradictory; so will I get it or not?” The audience below the stage shouted, “You will get it!” Kevin continued, “My heart feels more steady! I have to take advantage of the opportunity to talk more because it does not come up often!”

Upon receiving the 2011 Astro My Favorite Actress Award, Myolie Wu was moved to tears. Sitting below stage, Raymond Lam (林峯) shouted, “Bosco Wong (黃宗澤)!” which made Myolie very embarrassed. Thus, Myolie said, “He (Bosco) told me not to thank him!” The audience started booing immediately and Myolie finally said embarrassedly, “Then I thank you (Bosco)!” The scene was warm and humorous! My Favorite Actress: Myolie Wu (Curse of the Royal Harem)

My Favorite On Screen Couple: Michael Tse and Fala Chen (Lives of Omission)

Ruco Chan (The Other Truth)

Tavia Yeung (The Other Truth)

Kenneth Ma (The Life and Times of a Sentinel)

Raymond Lam (Men With No Shadows) Jayne: Congratulations to the winners! Will the TVB results be similar?

By the way, I found Myolie’s floral dress to be quite outstanding, as it has a unique and memorable design. The neckline could have been simpler, with sheer turtleneck design instead of all those flowers. Also, I think a sheer tummy area to break the “thick waist” misconception would have made the dress more mermaid like. I love, love her sheer skirt with flower appliques. In summary, Myolie looked elegant and memorable in her dress! 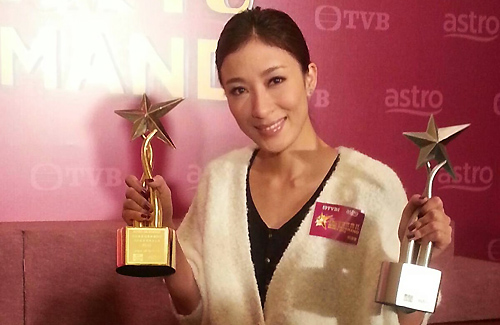 Tavia Yeung has confidence in winning TV Queen, since it is a reflection of herself as an actress. 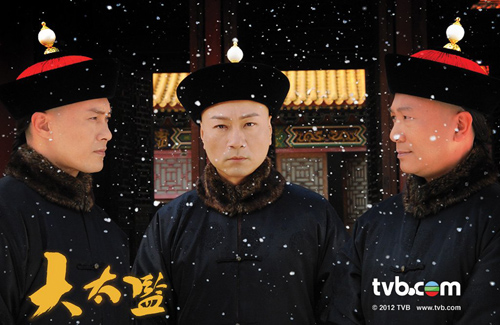 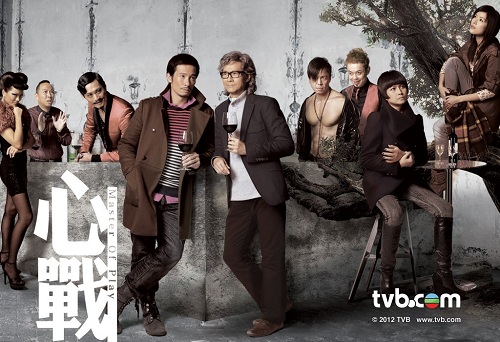