Kong Wah: “Filming for TVB Had No Meaning!” 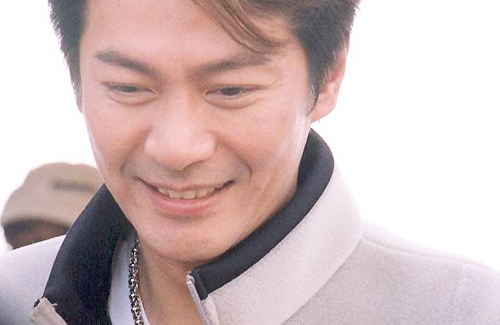 During the prime of his successful acting career, Kong Wah (江華) lost his desire to continue working in the entertainment industry. He was uncertain about his career path as he was trying to find the meaning of life. Understanding his frustrations, Kong Wah’s wife, Mak Kit Man (麥潔文), emotionally supported him during the most challenging times of his life.

After graduating from ATV acting school, Kong Wah had starred in numerous TV dramas, and even won the Best New Actor award for the film, Life Goes On <願人長久>, in the 1990 Hong Kong Films award. He gained more popularity with his role of Tang Sanzang in his first TVB drama, Journey to the West <西遊記> in 1996. With his brilliant portrayal of the dashing Emperor Yongzheng in The King of Yesterday and Tomorrow <九五至尊> in 2003, Kong Wah was at the peak of his career.

However, after filming The Conqueror <楚漢驕雄> in 2004, Kong Wah suddenly left TVB and shifted his focus to filming TV dramas in mainland China. Many of his fans were disappointed and surprised at his sudden departure.

With all the speculation about his leaving of TVB, Kong Wah finally revealed his reason. He said,  “During that period of time at TVB, I felt that work had no meaning, and really hated the way I felt. There were no quality productions and my roles had no substance. I didn’t want to act just for getting paid.”

Kong Wah also revealed, ” When I was first cast in The Conqueror, I was so excited to work with veteran actor, Adam Cheng (鄭少秋), reputable producer Lee Tim Shing (李添勝) and a big budget to film the war scene with a thousand horses and men. With the huge budget cut, it turned out that the battle scene only featured Adam and I fighting against each other.” Kong Wah felt he had put his heart and soul into the role, but the production team did not share the same point of view.

With the mentality of an idealistic artist, Kong Wah left TVB to search for his dream and the meaning of life. He laughed at himself and said  that this kind of personality will lead to him starving to death.

Kong Wah has a great passion for acting and hopes to discover a new generation of actors who share the same goal. A few years ago, he started his own acting school to mentor talented and passionate actors. Kong Wah laughingly admitted,” I have been accepting students for the last few years and have no success of discovering any new talented actors yet. I charged them tuition, but it doesn’t look like I will make a profit.”

Over the last few years, Kong Wah has filmed only one drama per year as he did not want to do something that resembled assembly line work at a factory.  He is looking for a more meaningful project that will fulfill his emptiness inside. With his strong faith in Christianity, Kong Wah joined an evangelical production company and starred in a Christian film last September. He believed it was a project that he had to do.

Looking back at all his struggles over the years, Kong Wah’s wife Mak Kit Man completely supported him and did not give up on him.   He shared his feelings towards her, “I have a great wife who understands me and knows that I am not an irresponsible person. She has never pressured me and she has allowed me to do what my heart desires.”

Kong Wah is very grateful to his wife’s faith in him during the most difficult times of his life. He strongly feels that a couple is no longer two individuals as they will be become one after marriage. The road would be a difficult one without each other’s tolerance, forgiveness, appreciation, and sacrifice.

46 comments to Kong Wah: “Filming for TVB Had No Meaning!”