Adam Cheng (鄭少秋) proves that he is a living legend.

In earlier episodes, the show’s final villain Au-yeung Hoi (Donovan Chan) kills Pang’s daughter Pan Sin (Elanne Kong) by ripping out her heart with his bare hands as part of the ingredient to become a spiritual immortal. Pang Sir is prepared to kill him for revenge, but as they are stuck in two different realms, Pang Sir cannot touch him. Hoi taunts him by holding up the heart of his daughter.

Hoi then transforms into Szema Chi-tsuen (Neo Yau), Pang Sir’s student and also Sin’s boyfriend, so he can get close to Pang Sir’s second daughter Pang Ching (Shirley Sham 沈殷怡). He kidnaps Ching and rapes her, filming the process. Feeling angry and helpless, Pang Sir watches the vide with tears. In those two minutes alone, Adam Cheng’s fantastic delivery of emotions justifies why he is the industry’s living legend. 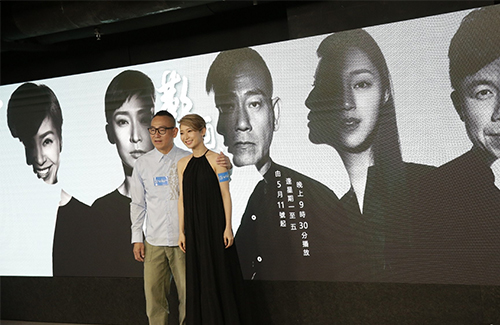