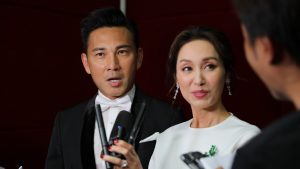 The 2019 Miss Asia Pageant is Kong Wah’s first major public appearance since his retirement from on-screen acting nearly 10 years ago.

“I came to support my husband,” said Kenix, whose last acting project was the 2009 TVB drama Born Rich <富貴門>. Asking if she would be interested in making an acting comeback, she said her family has now become her focus. “Our daughter is a good girl,” she said. “And we have a very deep relationship. She wants me to spend more time with her.”

Kenneth Chan (陳啓泰) was one of the pageant’s MC for the night. When it came to interviewing the celebrity judges, he chose Kenix, who played his girlfriend in the 1994 TVB drama Detective Investigation Files <刑事偵緝檔案>. “Every contestant was confident on stage,” she said. “Some even had prior experience of winning. I do have some winners in mind, but I don’t want it to affect the results.” Kenneth then used the opportunity to ask Kenix if she would make an acting comeback. She said, “Let me ask my two bosses at home first!” Kenneth joked that he wouldn’t mind playing her boyfriend again, and then asked Frankie if he would allow it. “Would you mind? After all, I started dating her first! In a drama!” After some more teasing, Kenix said she would consider it. 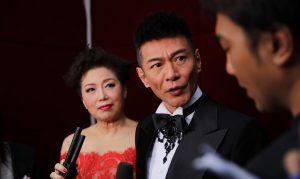 Although ATV no longer operates as a free-to-air broadcaster in Hong Kong, the company’s legacy continues on as a digital OTT service. The Miss Asia Pageant—which competed with TVB’s Miss Hong Kong Pageant—was brought back in 2018 after two years. Last year’s winners were Luoyao Wang (王路瑤) from China, Liz Li (李德鳳) from the UAE, and Jingyi Su (宿婧一) from China. 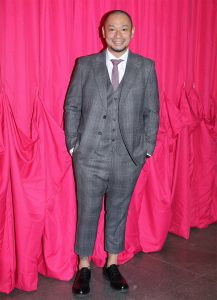 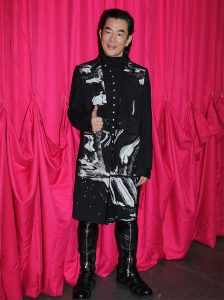 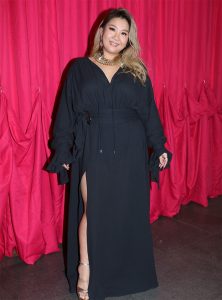 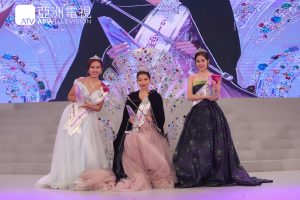