Kris Wu (吳亦凡) joined the mainland idol survival show Chuang 2020 <創造營2020> – the third spin-off of South Korean reality show Produce 101 – as a special coach after Show Lo (羅志祥) dropped out due to his cheating scandal. The news sent fans in a frenzy, as they never thought they’d see the former EXO member in the same frame with his ex-groupmates, Lu Han (鹿晗) and Huang Zitao (黃子韜), who are the show’s main mentors along with Victoria Song (宋茜). Brewing in excitement, fans thanked Show for this opportunity and look forward to catching every episode. 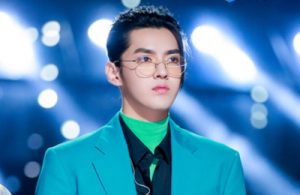 After the latest episode aired, fans described the mini EXO reunion as legendary and reminisced memories of the their debut as an idol group in both South Korea and China. The three idols also thought back to the good old days when they saw the girls training in the practice room. Kris expressed that the mentors are not strict enough on the trainees, but Lu Han commented, “If it’s going to be as strict as what we experienced before, then I think they’ll definitely cry every single day!”

When Kris responded that they didn’t cry, Lu Han exposed Tao for crying on his first day as a trainee. He shared that Tao was overwhelmed and stressed out, so he ran out of the practice room and hid in the toilet to let his tears flow. Although Tao said it was understandable since he didn’t know how to dance, it did not stop Kris from teasing him as the “tear gland boy.” Lu Han came to Tao’s defense and explained that Tao was young, so it was easy to think in the wrong direction.

Being the younger of the three, Tao had moments where he felt touched by the caring actions of his two older brothers. He said, “One night after l fell asleep, the two of them saw the note I left on the table and came over to touch my head and face.”

Despite not remembering what he wrote on the note, he had felt so moved that he wanted to cry. Breaking the sentimental mood again, Kris jokingly emphasized how Tao takes good care of himself. “Before he sleeps, he would suddenly come out and tell us not to be noisy so he can get good sleep,” he shared.