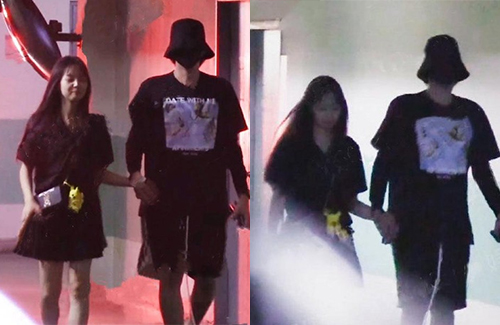 Another dating rumor for Kris Wu (吴亦凡) is in the midst, and this time it looks like it may be for real.

The former EXO member is a trend-setter for the Chinese music industry, so it isn’t a surprise to see the 28-year-old being the common topic of interest for paparazzi all around the nation.

But this time, the paparazzi has actually caught something interesting. The Rap of China <中国新说唱> star was photographed holding hands with a woman as they walked back to his apartment.

According to the paparazzi, the woman was picked up by Kris’ assistant. They drove back to Kris’ apartment complex and parked in the garage. Kris stepped out of the van, wearing a black T-shirt, black bucket hat, and a mask. He confidently reached out to hold hands with the woman, who was also dressed in black. Them, along with Kris’ team of assistants, went upstairs. 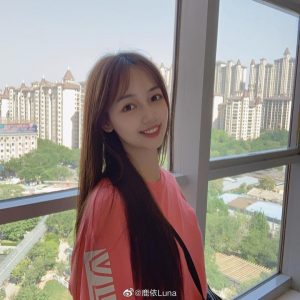 The woman in question is 21-year-old Luna Lu (鹿依), real name Qinniu Zhengwei (秦牛正威), a recent graduate of the Beijing Film Academy. Luna is best known for her videos where she looks back to the camera with a bright smile, earning the nickname “Looking Back Meimei” (回眸妹妹). She’s had various stints in the entertainment industry, such as being part of the short-lived girl group Your Baby (你的宝贝). She has starred in a tie-in phone commercial for Story of Yanxi Palace <延禧攻略> as a palace maid.

Pikachu appears to be the defining token of their relationship. In the paparazzi photos with Kris, Luna tied a Pikachu doll on her waist bag. In an earlier episode of The Rap of China, Kris brought in a Pikachu plushie on set with him, and jokingly told the cast that he is no longer alone on the chair. According to some netizens, Luna had a lot of Pikachu pictures on her social media, but she has been quietly deleting theme one by one. One Pikachu photo had the caption, “The unforgettable is already in my mind,” seemingly implying her relationship with Kris.

Kris and his team were reached for comment, but no responses were given thus far. Reportedly, some fans of Kris are supportive of the couple, leaving accepting comments on Luna’s social media. Luna seemingly replied to some of them, indirectly confirming the relationship.