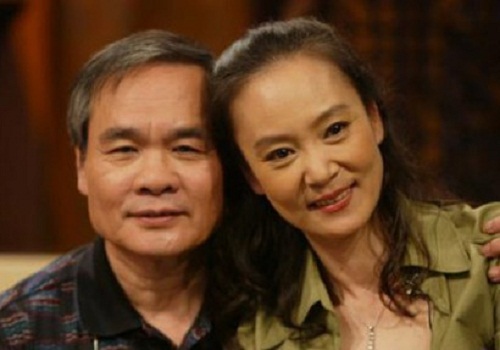 Mr. Deng jumped off a high-rise apartment, Wellington Garden, in Shanghai to his death. Leanne rushed downstairs to the scene and alerted the police of her husband’s suicide. After examining the corpse, the police ruled out possibility of homicide.

Leanne and Mr. Deng, who was born in Taiwan, got married in 1999. Allegedly, Mr. Deng fell in love with Leanne upon first sight. He initially asked her out due to reasons concerning the television series. The couple took residence in Shanghai in their 12-year marriage and dually focused their careers in China. Aside from serving as screenwriter, Mr. Deng also produced numerous television series. Allegedly, 64-year-old Mr. Deng had bipolar disorder prior to his suicide. As to whether Mr. Deng’s suicide was linked to his illness, further investigation was required.

In the past, Leanne noted that her inability to bear children with Mr. Deng was a penance from Heaven. While Mr. Deng was alive, he complained that Leanne spent too much time filming series. Mr. Deng’s children from his previous marriage will arrive in Shanghai to handle his funeral arrangements. Article compiled from On.cc and Orientaldaily.on.cc

Jayne: Leanne Liu was one of my favorite ATV actresses in the 1980s. She portrayed many strong, intelligent characters and often overshadowed her male co-stars. I enjoyed her performance as the young Empress Dowager Cixi. My favorite Leanne role was in Bird of Paradise opposite Savio Tsang.

My condolences regarding Mr. Deng’s death. Hopefully Leanne is surrounded by the support of loved ones right now…