Lee Lik Chi on Kevin Cheng and Raymond Lam: “They are Not Good Enough!” 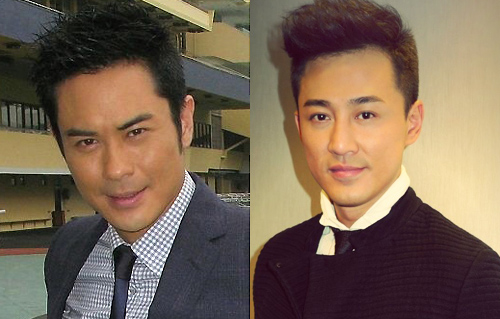 Hong Kong director and writer Lee Lik Chi (李力持) did not think twice to make disparaging comments on Kevin Cheng (鄭嘉穎) and Raymond Lam (林峯), saying they are not of the caliber yet to command the reported high remuneration in China.

“China is not the same as Hong Kong. Actors such as Kevin Cheng and Raymond Lam are not worth that kind of price in China. Now, Sun Honglei (孫紅雷) – that is what 500,000 RMB is worth!” Kevin Cheng currently commands 500,000 RMB per television episode in the mainland market, according to news reports.

Lee Lik Chi revealed that Kevin Cheng was initially cast in mainland drama, The Four Scholars of Jiangnan <江南四大才子>, however due to conflict in schedules, Hawick Lau (劉愷威) was cast instead. Lee Lik Chi praised Hawick’s commitment, “Hawick has worked in China for many years. Yet, to play a convincing role, he actually seeks a teacher from the Central Academy of Drama to coach him in his Mandarin pronunciation.” Lee Lik Chi’s approval of Hawick’s decision hinted at a lack of good Mandarin communication skills in Hong Kong actors. He stressed that to do well in China, an actor needs to, first and foremost, be able to speak Mandarin reasonably well.

Asked about Kevin Cheng’s Mandarin skills, Lee Lik Chi said, “You go and ask him yourself. Anyway, if you cannot speak good Mandarin, how can you communicate and get along with your team mates, not to mention demanding a fee of 500,000 RMB!” Revealing that Kevin has a habit of requesting for change of scripts, Lee Lik Chi scorned, “It’s not an actor’s call to change scripts. Unless of course, you’re someone like Sun Honglei!”

Not afraid that Kevin will be offended, Lee Lik Chi added, “I am not even afraid of Stephen Chow (周星馳), why would I be afraid of Kevin Cheng?” Lee further added that Kevin only had one drama, Bu Bu Jing Xin <步步惊心>, that was extremely popular in China.

Raymond Is Not Yet Up to Standard

Regarding Raymond Lam, Lee Lik Chi said, “He should be able to command a fee of 500,000 RMB per episode, since TVB said so themselves. Raymond’s future looks good, as his language skills are okay. But it is not based on what awards he has won, which makes it sound like an electronics salesman’s pitch, especially when the singing is out of tune.”

Referring to the recent media report on Stephen Chow burning his friendships due to financial controversies, Lee Lik Chi said, “Stephen and I parted ways, but we are still on good terms. Actually, so what if he’s mean, as long as he has talents? Furthermore, only an unscrupulous person can make a laughingstock out of other people.”

Stephen Chow’s Journey to the West <西遊：降魔篇> will open in cinemas in February 2013. Lee Lik Chi foresees that with a strong cast, it may even break the 1 billion RMB box office mark, even beating Jackie Chan’s (成龍)  CZ12 <十二生肖>.

87 comments to Lee Lik Chi on Kevin Cheng and Raymond Lam: “They are Not Good Enough!”