As families across the United States celebrated the Thanksgiving holiday, Leehom Wang (王力宏) quietly got married in New York. One day after Leehom announced that he is currently dating 27-year-old Columbia University student, Lee Jinglei (李靚蕾), his manager revealed that the couple registered their marriage on November 27, which coincided with the wedding anniversary of Leehom’s parents. The quick development also prompted some to wonder if Jinglei is already pregnant.

Leehom’s dating announcement yesterday was initially met with suspicion by the public. Last year, Leehom was rumored to be in a homosexual relationship with pianist Li Yundi (李雲迪), and although both men declared that they were straight and liked women, the public did not believe them. On the same day that Leehom revealed his girlfriend, Yundi also shared that his girlfriend was from Columbia University as well. The coincidence made Yundi appear as a jilted lover, but others speculate that Yundi has gotten over Leehom and only wanted to share his personal happiness. Little is known about Jinglei other than the fact that Leehom and her parents were friends for years. Declaring Jinglei as his “Forever Love”, Leehom said that his parents loved her as well. Although he kept his relationship low-profile, Leehom started hinting his marriage intentions earlier this week.

On November 25, Leehom posted a photo of his parents and wrote about a couple growing old together. The following day, Leehom hinted that he was ready to share his life with someone special. He wrote on Sina Weibo, “For many years, my world only had music, but the path of music is lonely. One person writing songs and recording, and traveling non-stop. ‘Home’ is a piece of big luggage. I wrote many songs about ‘needing someone to accompany me’ to reflect my feelings and yearning for a family. Going forward, I hope that my passion for work and my desired lifestyle can co-exist beautifully together. Most importantly, I’m willing to change.”

Leehom’s friends in the entertainment industry were surprised that he got married. Blackie Chan (陳建州) learned that Leehom had a romantic relationship by reading the news. Blackie said, “I’m very happy for him. I have to see what gift he wants; I’ll try my best although he doesn’t lack anything.” Blackie’s wife, Christine Fan (范玮琪), also sent the couple her blessings.

Jason Tang (唐志中) revealed that Leehom admitted that he had a girlfriend in a conversation earlier this year, but was surprised by Leehom’s decision to tie the knot so quickly. Jason said, “Leehom said that he has a girlfriend in New York and will introduce her to us when the opportunity comes up. I’m surprised by the marriage news; maybe the bride is pregnant?”

JJ Lin (林俊杰) and Will Pan (潘玮柏) were also caught by surprise by the marriage news, but sent their well wishes to Leehom.

Currently in upstate New York spending the Thanksgiving holiday with his parents, Leehom promised that he will share a family photo on November 30 on Sina Weibo. Some speculate this will be Leehom’s way to introduce Lee Jinglei as his wife to the world. 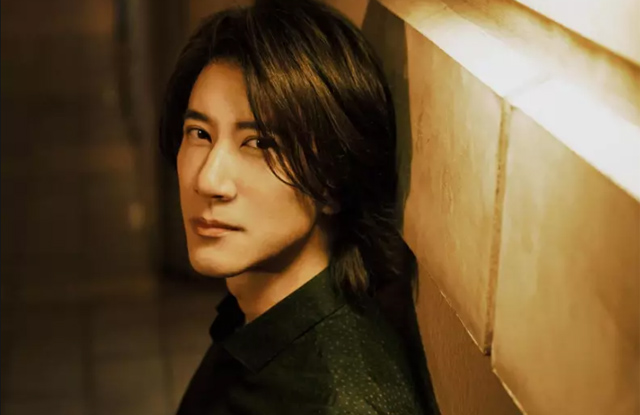