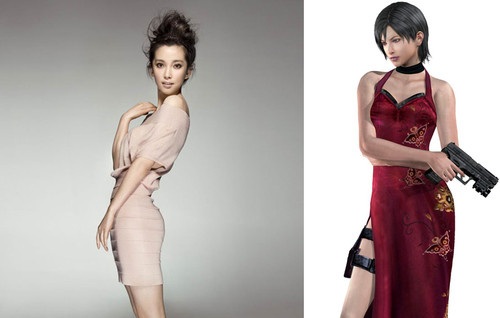 Since the highly controversial Hollywood sequel, Resident Evil: Retribution was initially revealed,  each casting announcement made one wide-eyed. For Chinese fans of the Resident Evil installments, the addition of Li Bingbing (李冰冰) to the cast of the fifth film installment based on the popular game title will serve as another exciting reason to look forward to the movie!

A few days ago, Resident Evil: Retribution star, Milla Jovovich, broke the news that Li Bingbing will be joining the film’s cast as “Ada Wong.” Milla wrote on her Twitter account, “Drum roll please! So, Ada Wong in RE5 is being played by Chinese actress Li Bingbing! We’re so excited! check [her] out on IMDB!”

In fact, on September 23rd, it was revealed that original game characters from Resident Evil, Ada Wong,  Leon S. Kennedy, and Barry Burton, will make their first big screen appearances in Resident Evil: Retribution. With the announcement that Ada Wong will be  played by the beautiful Li Bingbing, the news made one pleasantly surpised and look forward to her brilliant performance.

In the Resident Evil game, the character of Ada Wong was born in 1974 and had a mixed lineage of American and Chinese parents. Ada was a secret agent of a powerful, mysterious group known as the “Organization” and made her first appearance in the game Resident Evil 2. Since the characters of Ada Wong and Leon S. Kennedy will make their first big screen appearance in Resident Evil: Retribution, it was speculated that Director Paul Anderson will likely depict the emotional love entanglements between the two characters.