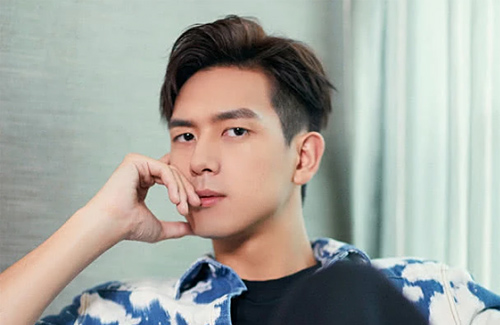 The price of fame for the 27-year-old actor is a loss of privacy and stress from crazy fans.

Chinese actor Li Xian (李现) posted a social update last Saturday sharing his woes about zealous fans who stalk him from the gym to the foot of his apartment, as well as his mobile number and other contact details being leaked. He also brought up the reckless behavior of some fans, such as those who would car-chase and speed to track the star and even some who would stay in neighboring hotel rooms to get close to him.

Recently, the 27-year-old actor was tracked all the way to the bathroom and shouted at by fans, with the video evoking heated public debate. In his post, Li Xian acknowledged the matter publicly for the first time, as part of his caption read “Criticized for not revealing my face”.

“Li Xian’s Zealous Fans” quickly became a trending search topic, with fans of the actor expressing their pity for the actor through comments, and adding that “zealous fans are not fans”, with comments reaching over 900,000. Most of his fans express being in favor of “rational star-chasing”.

After the drama Go Go Squid <亲爱的，热爱的> was aired, Li Xian became a leading actor and his popularity reached an all-time high. Ironically, his troubles also grew, due to the extreme actions of a small group of fans. He was once obstructed from leaving the restroom by fans while at the scene of shooting an advertisement, with some fans scolding “Li Xian Garbage!” when they failed to capture his image on set.

Although angered and troubled by the irrational actions of a minority, Li Xian took a relatively mild tone in expressing his stance against overzealous fans, ending off his late-night post with “Hope to be able to have happy encounters with fans at public events.”

In response to this, most netizens expressed their desire to give their idols more space and privacy, and care about their work more instead. In comparison to Li Xian’s fans, popular actress Yang Zi’s (杨紫) supporters are a more rational lot. The star herself once said on a program that her idol is actress Vicky Zhao (赵薇). Although she has the latter’s WeChat contact, she would not disturb her without reason.

Chasing after stars blindly is also a social disturbance, as seen in many previous accidents, such as Shanghai Hongqiao International Airport’s glass being damaged by idol-chasing fans, and even a stampede resulting from huge throngs of fans.