Above: A nursing graduate of Edinburgh Napier University, her first dramatic role was on popular sitcom “Come Home Love”.

Eating desserts while sharing about Lunar New Year, Lisa spilled that this is her first time spending the festival in Hong Kong with her parents, and agreed that relatives’ favorite questions she had to “tackle” were indeed choice of career and monthly salary.

Lisa shared that her grandmother was concerned that she could not make enough in Hong Kong, after she gave up a stable career in Scotland to pursue her celebrity dream in the city. “Every time I visited her, she would ask me how much I brought home every month, and I’d reply, ‘It’s okay.’” Since Lisa had to start a new chapter of her life alone in Hong Kong, her grandmother would also worry about her getting cheated in relationships, or suffering during the cold season. 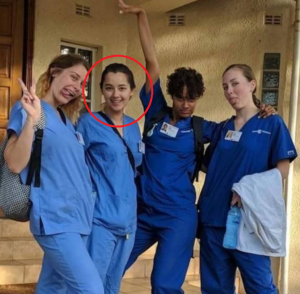 Discussing the topic of wages, Lisa shared that she had a starting salary of HK$26,000 when she first joined the nursing profession in Scotland. Due to affordable monthly housing rentals of 4,000 pounds and monthly car expenses of 2,000 pounds a month, she could save quite a sizeable amount. “Nurses in Hong Kong earn much more than in the UK, but expenses there were half lower.”

When asked about her monthly wages at TVB, she smilingly replied, “It’s different each month.” Asked what was the lowest, Lisa said, “It depends on my workload–the lowest I got was really low. My basic pay is lower.”

Not Keen to Start Dating 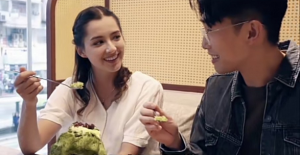 As for the question of dating, the 26-year-old revealed that she is currently single, but not available. “It’s hard in Hong Kong, I like filming to produce dramas for everyone and also have to return to work. I pretty much have no time to date.” When Ho Ming suggested she try dating someone from the industry, she felt that being in the same line might be a cause for conflict, which she would rather avoid as “I’m a very peace-loving person.”

Lisa’s father is from Hong Kong dad while her mom is Scottish. She is a nursing graduate of Edinburgh Napier University, and has also done voluntary work in China and Africa.

As she lacked fluency in Cantonese when she first signed on with the company, Lisa was assigned to variety programs to help her improve her language command. After putting in much hard work to polish up her Cantonese by watching television and tuning in to the radio, she has improved much. To test waters, she has also made appearances on the long-running sitcom Come Home Love: Lo and Behold <愛．回家之開心速遞> , successfully garnering the attention of viewers. 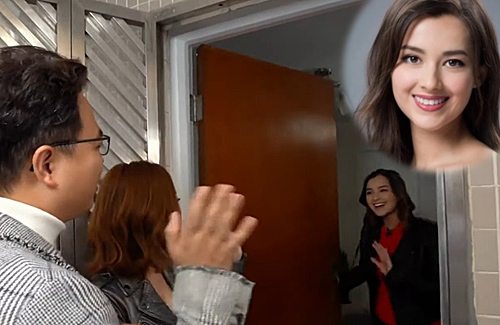