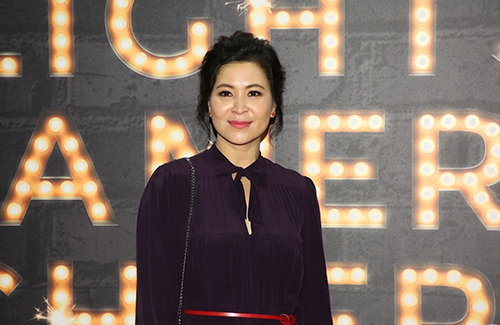 Born for the stage stage, 51-year-old Louisa So (蘇玉華) made her stage acting debut in 1989, upon her graduation from Hong Kong Academy for Performing Arts. Her 1992 performance in My Date with Spring <我和春天有個約會> caught the attention of TVB executives, who offered her a management contract.

The fame almost hit Louisa overnight. Leading roles in successful dramas such as A Kindred Spirit <真情> and Detective Investigation Files <刑事偵緝檔案> kickstarted a new stream of jobs for Louisa to take, and while her popularity soared, her health and happiness suffered.

“At TVB, you work from day till night,” she said. “In my first few years, I was a good deal. I was efficient and cheap to use. Because it wasn’t a general artiste contract, I had to say yes to every job that was offered to me. I clearly remember that day: I was shooting three dramas at the same time, and while I wasn’t the main lead in every single one of them, I still had to dedicate a lot of time for each role. When the PA gave me a stack of schedules, literally a pile of paper, I cried. When you see that you know that you won’t have any sleep in the next few weeks. This just isn’t human.”

When Louisa was given the opportunity to renew her contract, she suggested changing it to a general artiste contract for one reason—the freedom to say no. “The most painful thing about that entire process was that even after you sacrifice your time, sleep, and energy, you still know that half of the things you’ve done could still be considered trash. That is what makes it so painful. Everyone who works at a TV station make those sacrifices every single day, but not every production will meet standards. Some productions are shoddily made, and that is a pity. But we cannot neglect those who worked hard for every single project. They genuinely want to make good content.”