The fifth installment to the popular Armed Reaction <陀槍師姐> TVB franchise premiered this past Monday to high anticipation, and with the first five episodes already finished, viewers can now share their thoughts about the not-really sequel to one of TVB’s most popular police dramas of all time. 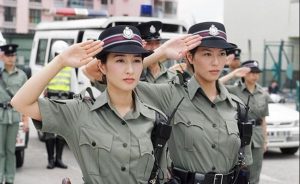 The Chinese title of Armed Reaction literally means “policewoman who carry guns.” While female police constables have been carrying guns since as early as the 1970s in Hong Kong, it really wasn’t until the ‘90s decade when gun-carrying policewoman became more widespread, thanks to a proposal introduced by the Hong Kong Police Department.

Armed Reaction was a ground-breaking success when it first premiered in 1998. The drama closely followed the lives of two policewomen portrayed by Esther Kwan (關詠荷) and Joyce Tang (滕麗名). Joyce also became the first female police constable to open fire in the field. Armed Reaction was a mixture of mystery, family, romance, as well as social commentary on the struggles that both Esther and Joyce had to endure as women in the male-dominated police force. The drama was blessed with feminine positivity, and it sent a very important message to Hong Kong working women of the late 1990s. The drama series went on for three more seasons, with the fourth season airing in 2004.

But the same trends and messages that worked in 1998 can’t work the same in the 2020s. Trends come and go, and as society grows more progressive, so does our storytelling.

And honestly, Armed Reaction 2021 does fairly well with adapting to the changes. It knows that the same stories which touched the masses over 17 years ago cannot attract the new, modern viewers today. It knows what it is, and in many ways, it’s doing a pretty good job at that. 2021 has repackaged itself into a comedic soap opera, and with surprising cameos such as The Exorcist’s Meter <降魔的> stars Kenneth Ma (馬國明), Hubert Wu (胡鴻鈞), and Moon Lau (劉佩玥), the show doesn’t take itself too seriously either. 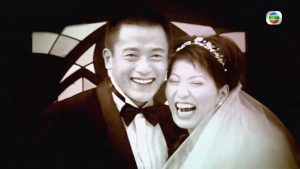 Don’t expect to see a continuation of the Armed Reaction series though, because you’ll be disappointed. 2021 almost has no relationship with its previous four predecessors, with the exception of Joyce Tang, who reprises her role as Chan Sam Yuen. She is one of the very few links connecting 2021 with the franchise, as her story arc does mention the supposed death of her husband, played by Marco Ngai (魏俊傑) in the previous installments. Even so, 2021 doesn’t do a very good job at connecting the dots to the franchise. A little more nostalgia goes a long way after all, and besides Marco Ngai and Mimi Choo (朱咪咪), previous characters were not mentioned in the new series. It’s as if they never existed.

Nonetheless, if you regard 2021 as its own merit, it’s actually not that bad. Similar to many Western dramas, 2021 has two main storylines which is expected to converge at a later point in time. On the one line, it follows Jessica Hsuan (宣萱) and her relationship with her despicable boss, played by Moses Chan (陳豪). The two are part of a team that solves cold cases. On the other, the story centers on Him Law (羅仲謙), who is a member of a triad. The storylines are easy to follow, the motives of each character are clear, and there’s virtually no filler or slow moments. 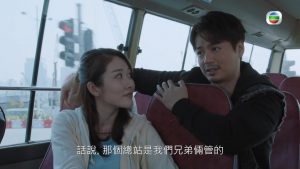 But that’s only judgment passed from the first five episodes. We still have 25 episodes left to determine our final verdict.

So far, 2021 is definitely solid entertainment, but will this hold up in future episodes? The first five episodes introduced us to its main characters, had a rising action, a climax, and then an ending. The arc ended so well that viewers have little to no incentive to find out what happens next week. Are we supposed to follow Jessica’s growth? Should we be excited about Him’s triad vengeance? Should we even care?

May be these questions will be answered in the next episode.