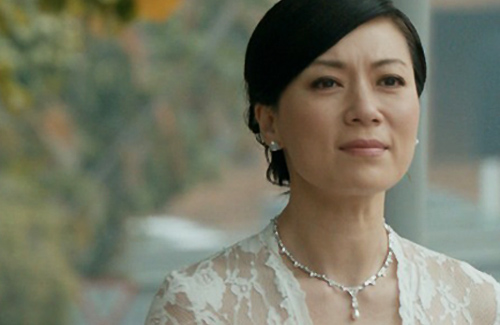 After the Hong Kong government rejected HKTV’s free-to-air broadcast license last week, many are curious about the future of its actors, particularly those who have publicly spoken against TVB. While TVB has pledged to open its doors to the laid-off employees, the road home may be difficult for some of the more controversial artists.

Although Maggie Cheung was one of the top TVB actresses in the early 2000s, her popularity has slowly declined over the past decade. Her rift with TVB was exposed when she did not attend promotional events for 2012’s The Last Steep Ascent <天梯>. Even though Maggie received positive reviews as the series’ first female lead, she was not nominated for Best Actress at last year’s Anniversary Awards.

According to reports this week, Maggie had apparently demanded a TV Queen title in exchange for contract renewal. TVB turned down the condition as the company already had plans to implement a public voting system. Since TVB intends to create transparency to retain public interest, some believe that the company will hesitate to negotiate with Maggie ever again.

Other HKTV artists are also allegedly blacklisted by TVB for various reasons. Yoyo Mung (蒙嘉慧) may remain unemployed for awhile since she was not very well-received by viewers and is being seen as a liability. Felix Wong’s (黃日華) sharp words against TVB have done nothing but burned bridges. While some believe that Frankie Lam (林文龍) has a higher chance of being accepted by TVB, his outspoken attitude and long-term criticism against Hong Kong’s television industry may have made him an enemy to top executives.

When reached for comment, TVB executive Virginia Lok (樂易玲) revealed little about her company’s views, saying, “TVB has always maintained a positive relationship with its artists… these are simply rumors!”