In the 1990s, Maggie Cheung (張可頤) and Jessica Hsuan (宣萱) were TVB’s top actresses. Though both collaborated in several dramas, including A Recipe for the Heart <美味天王> which is currently being re-broadcast in Hong Kong, the two artistes did not get along and publicly aired their grievance against each other. For years, they were cold towards each other and it wasn’t until Maggie’s health scare that forced her to reflect on her life and patched their relationship.

When Maggie and Jessica filmed their first drama together, Old Time Buddy <難兄難弟>, Jessica complained that Maggie was always late to the set and was slowed down the filming process. In return, Maggie complained that Jessica couldn’t stop laughing and made too many outtakes.

In 2005, Maggie hit rock bottom when she was diagnosed with thyroiditis and depression while filming Mainland drama To Live to Love <長恨歌>. Focused on her health, Maggie took a hiatus, flew to Australia to rest and practiced qigong with a master. Maggie’s health scared prompted her to re-evaluate life and stopped living with anxiety.

Sharing details of her thyroid disorder, Maggie revealed that her illness was caused by her outlook in life, “During that time, I was not positive enough. My mind went off the track. I approached things too stubbornly. I was a mess physically and mentally, and my body deteriorated.”

Maggie noticed that she had high expectation on herself and little things would make her go crazy. Finally learning to let things go, Maggie gained a new insight, “When you stop being stubborn, you can finally be at ease. Other people will find that you are easier to get along.” 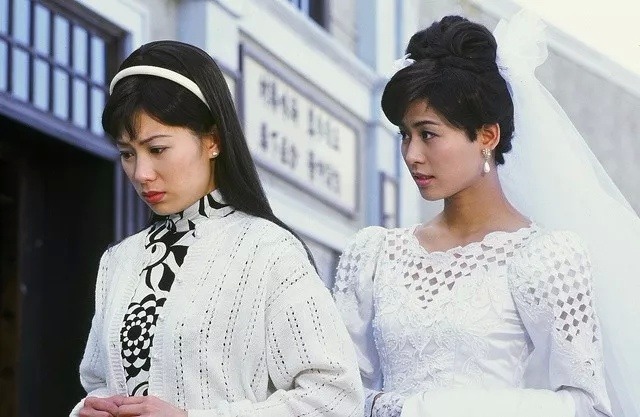 With Maggie’s new mindset, she finally resolved her differences with Jessica. In recent years, Maggie addressed her discord with Jessica and admitted her own lack of punctuality was a problem, “Actually, apologizing would have fixed the issue, but I lost control of emotions too easily in the past.”

With their renewed friendship, last year Maggie attended Jessica’s stage play and the two took a picture together.

Although Maggie left TVB after filming The Last Steep Ascent <天梯> in 2012, Maggie kept herself busy with her own projects. Moving away from the spotlight, Maggie opened her own production company in China and helped develop new talents.

With regards to her romantic life, Maggie will let fate takes its course and admitted her illness changed her outlook on romance. Speaking to the media, Maggie said, “When I was sick, I had nothing but I was still able to live on. What else could possibly challenge me? So I don’t feel particularly happy or unhappy about anything. I don’t indulge myself in fame or romance because you never know when you will lose them.”