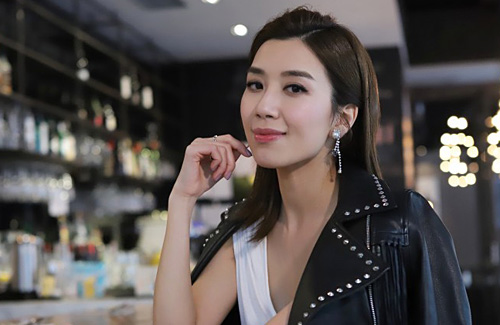 To prepare for the role, Mandy spent a lot of time researching about people with split personality disorder. “I had to put in three times the amount of effort this time. I also had very little rest. During the first week [of filming], I still didn’t feel like I had a good enough grasp of the character. I suddenly broke down crying. But the bystanders seemed to have a clearer perspective of it. The producer told me to relax and just portray the role. He said my hard work did not go wasted. By the second week, [acting the roles] came to me naturally.”

Of the three personalities, Mandy finds the lawyer character most difficult to portray. The other two personalities include a wild and violent girl, while the other is an extremely pessimistic and emotional girl. Mandy recalled, “It was super fun. Of all the dramas I’ve filmed, this was the most difficult. The hardest thing was having to switch between three personalities in a short period of time. They even joked that I’m starting to have split personality from all the filming! I sort of feel a bit confused too. Maybe I have a bit of a split personality! I found similar features between myself and all three characters. When I dance, I’m pretty wild. I also have times when I’m extremely pessimistic. The personalities in the drama were, of course, magnified and exaggerated.”

In the drama, Mandy has many bed scenes with Arnold Kwok (郭子豪). Perhaps due to TVB’s new policy repressing unnecessary sexiness for actresses, the bed scenes were not overtly sensual. “The bed scenes are not sexual. They are only for comedic purposes. During filming, I would just imagine myself dancing, listen to music, and let loose to film the scene. Actually, Aaron displayed more nudity than me!”