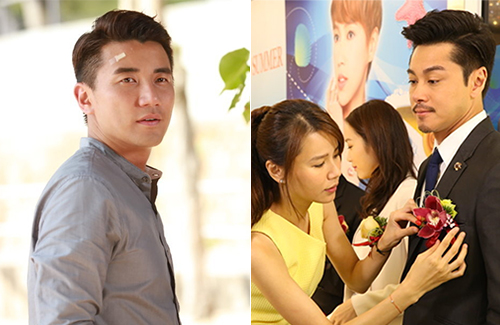 Married but Available stars Tony and Priscilla as a married couple who have to hide their marital status for the sake of their careers. Presenting themselves as single to their coworkers, Tony and Priscilla are both tested with the temptation of an extramarital affair, respectively with Kelly and Raymond. While Priscilla finds it hard to turn down the affections of Raymond, who she regards as her Prince Charming, Tony falls in love with his childhood friend Kelly, who shows him unconditional love.

Tony and Priscilla, both who made their debuts as i-Cable anchors, are longtime friends. After signing with TVB, the duo continued their partnership as travel show presenters, and starred in 2014’s Swipe Tap Love <愛我請留言> together. Their familial relationship was one of the reasons why they were cast in Married but Available.

Producer Leung Choi-yuen introduced, “They already interact like an old couple. It’s not acting at all. They’re very natural whenever they’re together, as if they’ve been married for many years.”