Michael Miu: A Man With the Right “Heart” 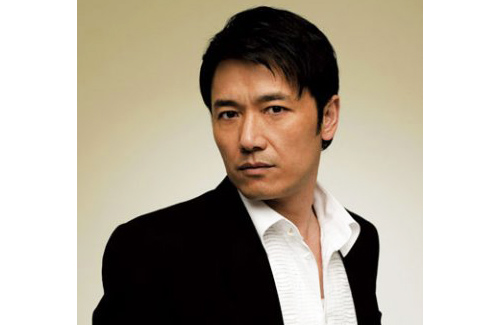 Having the Right “Heart”

Michael’s secret in staying fit is simply having the right “heart”. He said, ” If I have ‘heart,’ I will feel energized and motivated. Actors always need to be in front of the audience, therefore, they always need to stay in their best shape.”

Although Michael already passed 50 years old, his attitude still resembles a young man in his 20’s. His energy and enthusiasm is why he gets along so well with younger people.  Michael believes there is no generation gap between the veterans and the young actors. Michael said, “We should all communicate and learn from each other. Play ranks? I don’t know how. It doesn’t matter whether I am a veteran or new actor; we all should show respect for each other. Everyone feels very comfortable working with me, and I also never act as a big brother figure to them.”

Chow Yun Fat (周潤發) greatly influenced Michael’s outlook, and affected his attitude toward the entertainment business. During the beginning of Michael’s career, he was overjoyed at the opportunity to work with Chow Yun Fat. Although Chow Yun Fat was a rising star, he never showed his ” big movie star” status. Chow Yun Fat has a great sense of humor and got along very well with all the actors and the crew. He would never give any pressure to anyone during filming. When filming outdoor scenes, Chow Yun Fat would entertain the crew and cast with jokes and bought fresh seafood for barbecue.

“Chow Yun Fat certainly knew how to make the working environment fun and relaxing. The long hours of filming went by very quickly,” Michael recalled. Michael found inspiration in the work philosophy and continued to use “Fat Gor’s spirit” throughout his acting career.

Michael is always very easygoing whether he is at work or at home with his family. He never shows his rank of a father in front of his children. Michael and his wife, Jamie Chik (戚美珍) believe in allowing their children to have the freedom to explore.  Parents should not make their children suffer any hardships. An open-minded approach is a better way to teach the next generation.

As for having any expectation for his children, Michael responded, “Actually, my wish is for my children to graduate from college and find jobs that they enjoy. That’s good enough for me.”

Michael realizes other parents plan a future for their children to become doctors, lawyers, or other professional jobs. He does not want to pressure his children and told them, “Dad will not give you any pressure, so enjoy the learning process and the college life which is supposed to be the best time of your life.  As for your path in life, it is all up to you. As parents, we will only give you guidance when needed.”

When asked whether he will allow his kids to pursue acting careers, Michael admits that a parent’s job will affect children’s choices in choosing career choices. If his children decide to choose acting as their careers, he will help to set up a path for them.  Success will depend on the individuals, and whether or not they have the qualities to become successful in the acting career.

Referring to Nicholas Tse’s  (謝霆鋒) celebrity-parents roots, Michael pointed out that Nicholas also has his own talent and relied on hard work to become a successful actor. However, many people with famous parents did not succeed in their acting careers; having celebrity parents does not always guarantee success.

Continuing to Act in His 70’s

Michael described his acting career as an “abyss”. Every actor has his own goals in the beginning of his career, with the goals changing over time. Sometimes, the goals may become blurry, and it will depend on the actor’s strong will to survive in his career.

Although left TVB for over 10 years to pursue his optical business, his love of acting has never left him. Ever since returning to the small screen, Michael is addicted to acting, and believes there is no end to his acting career.

Actors at different ages bring value to the show, similar to how Hollywood veteran actors in their 60’s and 70’s can still showcase their talents and are able to shine in the entertainment industry.

Michael truly believes that having “heart” is the most important ingredient to persevere in the acting industry. He feels that one should approach everything and everyone in life–including colleagues, family, and friends–with all of one’s heart.

32 comments to Michael Miu: A Man With the Right “Heart”