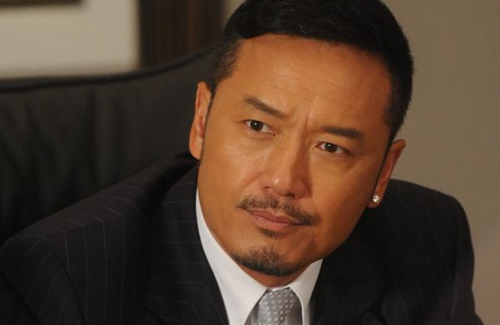 At 55 years old, Michael Miu (苗僑偉) still possesses a great deal of charm. With a stable career and a loving family, he is content with his success. All he now asks for is to continue living a healthy and happy lifestyle with his family. Having been in the entertainment industry for 33 years, Michael revealed the journey was not easy. Looking back in time, he revealed he had started off with nothing at all. Slowly, Michael learned to move forward with his determination and effort.

Throughout childhood, Michael did not have the warmth of a complete family. His father appeared distant and later passed away from cancer. Michael spent the majority of the time living with his mother. He said, “My father didn’t leave anything behind for me. I had to go to work before I graduated high school. I had to bear hardships as soon as I entered society. As a wood apprentice that year, I received $230 HKD each month. On pay date, I pocketed $100 HKD. I would bring $5 HKD to work each day. But everyone in the 70s had to work hard to survive, so I wasn’t the only one who had to undergo rough times!”

Enrolled in the TVB artist training program in 1980, Michael only gave himself half a year to stay, since there was no salary. When TVB later offered to sign him a contract, he only earned $1,500 HKD per month. Nonetheless, Michael recalled the times as happy. He made great friends including Andy Lau (劉德華), Tony Leung Chiu Wai (梁朝偉), and Felix Wong (黃日華).

In comparison, Michael’s children are much luckier than he was. Both his daughter and son grew up in a cheerful and healthy environment. Michael’s daughter, Phoebe Miu (苗彤), graduated from the University of British Columbia this year with a degree in sociology, and is currently working to gain experience. His younger son, Murphy Miu (苗俊), will also be graduating from university soon. Michael expressed, “I have accompanied their growth since they were born and have never brought upon any regrets. Now they’re all grown up! I’m really proud that my daughter has graduated from university. After my son graduates, I have finished my responsibilities as a parent.”

Eric Tsang (曾志偉), one of Michael’s great friends, had not shown much support towards his decision in marrying Jamie Chik (戚美珍). Back then, there were rumors that Jamie was going to be a mean wife. Michael disagreed and reported, “Can’t describe her as a mean wife, because if she is, I would have left her a long time ago! Look at how happy I am every day. How can I be so happy if I had a mean wife around? Life is directly affected by each other. Couples should understand and tolerate to make each other happy. We both put in a lot of effort since our marriage 23 years ago. The reason I’m so happy with my life is because I started off with nothing. Now I have a wife and two grown-up children. I’m very satisfied.”

Has Control Over Alcohol

Although he got drunk and vomited heavily in the past, Michael has better control these days. He will not allow himself to get drunk to the point where he has no control over his behavior, which is irresponsible. He will stop himself from drinking when he has reached enough and only drinks on joyous occasions, instead of reaching for the bottle out of boredom.

“You drink to feel good, not to get into a drunken stupor! Many people unknowingly drink too many glasses, lose control and become another person, yelling and getting into arguments. This is not the right way to drink; when you wake up, you will regret your own actions. Then why drink? I will urge these people to stop drinking.”

Although good friend, Eric Tsang, is often photographed getting heavily drunk at parties, Michael said that Eric still retains control over himself and never stirs up trouble.

Earlier, reports speculated that Michael had plans to form a production company with Eric. Michael revealed there had indeed been such plans, but nothing is finalized yet. Although Michael had worked on his eyeglasses business for 20 years, he realized his favorite career is still acting. Compared to being in charge of a business, Michael thought acting is rather simple as long as he tried his best in every given role. All the characters Michael portrayed only served as a new challenge. Throughout the years, he never gave himself pressure regarding how much money he would earn, or whether a series would go over budget. The process of acting is what Michael is truly passionate about.