Michael Miu On 29 Years of Marriage with Jaime Chik: “I Will Take Care of Her Forever” 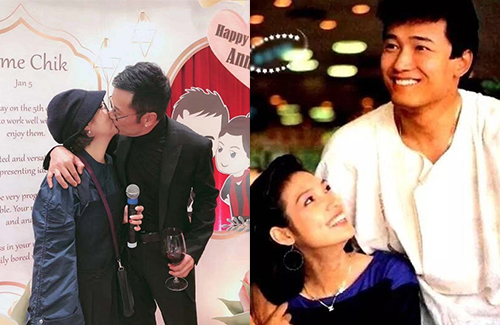 Jaime Chik (戚美珍) celebrated not only her 57th birthday this week, but also her 29th year of marriage to veteran actor, Michael Miu (苗僑偉).

Michael and Jaime started dating soon after collaborating for the TVB drama You Only Live Twice <飛越十八層> in 1981. After serving TVB for ten years, Michael decided to semi-retire from the entertainment industry to open his own eyeglass business in 1989. The business expanded to over 50 stores at its peak. 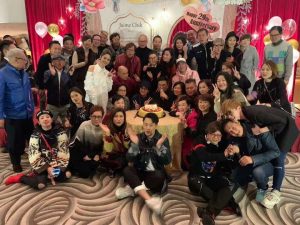 In 1990, after dating for 8 years, the couple decided to tie the knot in 1990, and welcomed two children—daughter Phoebe in 1991 and son Murphy in 1993. Phoebe was invited to audition for Miss Hong Kong in 2009, but she declined, and instead offered to be the pageant’s photographer. Murphy recently graduated from The Art Institute of Vancouver, with a bachelors in graphic design.

Michael has since sold his business to friends and returned to acting in 2004. He starred in popular dramas such as TVB’s The Academy <學警雄心>, Dicey Business <賭場風雲>, and Highs and Lows <雷霆掃毒>, all which brought in back to popular leading status, becoming one of TVB’s hottest actors.

Though already 60 years old, Michael’s charisma and aura is undefeated. His marriage to Jaime stayed strong despite the multiple extraneous variables of the entertainment industry. The couple have had their moments of disagreements—leading to Michael calling Jaime “Miss Spoiled Brat”—but that only made Michael more determined to love Jaime more.

When asked for advice on how to keep their spark alive for 29 years, Michael said, “Just take a step back and it’ll make your future brighter (退一步海闊天空). She may have a temper, but she also forgives easily.”

In an earlier talk show for i-CABLE, Michael shared his thoughts on marriage, saying, “As a man, once you sign that vow you have to promise to take care of your wife forever. It is a responsibility. As husband and wife, you practice forbearance. Tolerate just for a little while, and then all will be will. Divorce are not words that should be easily said.”

Michael’s devotion and love for Jaime came into discussion when Alan Tam joked about Jaime’s weight gain at an earlier event. Michael defended, “I don’t like women who are too skinny. It’s good to have some weight. I always tell her that she’s a woman with fortune.”

Sacrifices define strong marriages, and for Michael, he remembers and is grateful for all the sacrifices that Jaime has done for him. “She gave birth to my children. Everyone will grow old. Everyone’s faces will change. There’s no reason for me to leave her after having my children. As a man you need to learn what it means to be responsible. I’ve lived with [her[ for many years. I will not leave her halfway.”

5 comments to Michael Miu On 29 Years of Marriage with Jaime Chik: “I Will Take Care of Her Forever”