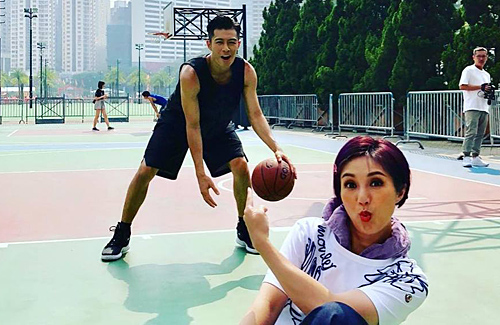 In the currently sensitive environment in Hong Kong, many local artistes faced backlash from Mainland China after voicing their political views. After reshuffling its broadcasting lineup to avoid any dramas with sensitive topics, TVB announced Miriam Yeung (楊千嬅) and Pakho Chau‘s (周柏豪) Wonder Women <多功能老婆> will air in October as an Anniversary drama.

However, Miriam and Pakho were not without their controversies earlier. In June, Miriam posted a photo on Instagram with the caption “R.I.P.” to commemorate one of the extradition bill protesters who fell to his death. Miriam’s post received significant backlash from Mainland Chinese netizens. As for Pakho, he reminded many Hong Kong citizens to register as voters, which led a Mainland Chinese music program banning his appearance.

Due to TVB’s dependence on the Chinese market and Miriam and Pakho’s controversies, the station had considered pushing back Wonder Women to air next April instead.

But public sentiment changed once more after Miriam declared that she “loved China and Hong Kong” in a social media post. Pakho had also deleted all contents on his social media account, hoping to avoid further controversy with his politically-related messages. As a result, Wonder Women resurfaced in this year’s lineup and will now be airing in October again.

Other Hong Kong artistes with vocal political views have not been as fortunate. TVB Queen Ali Lee‘s (李佳芯) Death By Zero <殺手> has allegedly been pulled from airing this year due to her outspoken pro-democracy views. Ali’s Who Wants a Baby 2 <BB來了> has postponed filming to next year.