More Swearing in TVB Dramas: Realistic or Bad for Kids? 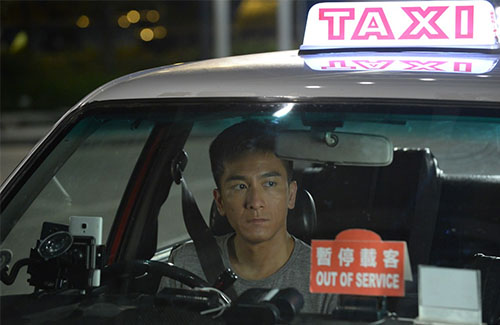 In recent years, common Cantonese profanity such as “puk kai” (also known as “PK”) and “hit your lungs” (a watered-down version of a much more vulgar phrase) have been showing up a lot more in TVB dramas, leading to some heated discussions about the reason behind TVB’s lax control of coarse language on TV. My Ages Apart <誇世代>, currently airing on TVB’s second primetime slot, recently aired an episode where Bobby Au-yeung (歐陽震華) uttered out “hit your lungs” in a natural manner. In an episode of the supernatural horror series The Exorcist’s Meter <降魔的>, which currently airs on the third primetime slot, Kenneth Ma (馬國明) yelled out “puk kai” several times in a row, without any filter.

While many are appreciating TVB’s attempt at attracting younger viewers with the trendier, more realistic dialogue, not everyone is happy with this new change.

TVB’s large housewife audience, in particular, have expressed that coarse language is inappropriate for children to hear, and because children are fast learners, they could easily start using the same crude language at school. This is the reason why popular online series OCTB <反黑>, a crime drama about triad organizations, refused to use crude language on the show.

Defenders of TVB’s new approach, however, argue that words like “puk kai” and “hit your lungs” aren’t exactly profane, but merely minor curse phrases. TVB programs that include such words would also be labeled with a “Parental Guidance” (PG) rating, and that parental discretion is always advised. It is for the benefit of older viewers that TVB programs include realistic dialogue rather than dumbed-down speech.

What do you think about this? Should TVB continue to include crude language in their dramas?

1 comment to More Swearing in TVB Dramas: Realistic or Bad for Kids?