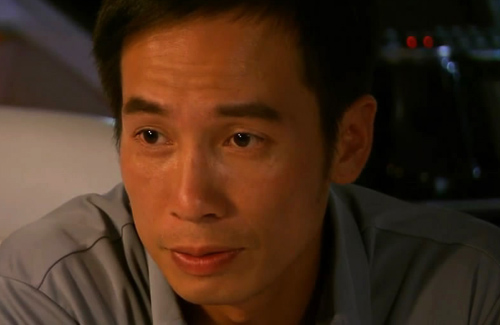 While others are busy evaluating their chances at winning TV King, Moses Chan (陳豪) is instead fixated on nurturing his new family.

Moses has been working non-stop since his wife Aimee Chan (陳茵媺) became pregnant with the couple’s first child, accepting various job offers to save up for their new baby. With just two months to go, Moses is thinking about nothing but the big day.

At a public appearance on October 28, Moses once again spoke excitedly about his son, sharing that he and Aimee have finally picked out an English name. He also revealed that he will be taking time off in December to prepare for the birth.

Since his management contract will expire in January, Moses is currently in talks over a contract renewal. With an additional mouth to feed, he is allegedly considering other money-making opportunities. While Moses denied rumors about establishing a production company, he did not provide any clues regarding his future at TVB.

Because many popular artists have left to develop elsewhere, some believe that TVB will give this year’s Best Actor award to Moses to entice him to stay. Already a two-time TV King, Moses is not at all concerned about his chances. For now, the soon-to-be father has something far more important in mind. “I have been working steadily towards my goals: to bring bliss to my wife and my children, and to learn to become a good father and a good husband.”

5 comments to Moses Chan is Indifferent About Winning TV King