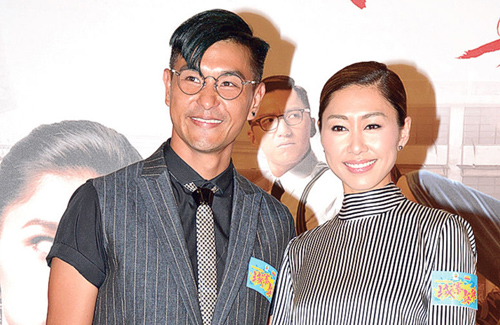 After the popular broadcast of A Fist Within Four Walls <城寨英雄>, fans hoped that Ruco Chan (陳展鵬) and Nancy Wu (胡定欣) would ignite sparks off screen as well. However, Ruco was recently spotted on a lunch date with former Miss Hong Kong 2016 contestant, Phoebe Sin (單文柔), which hinted at a developing romance between the unlikely duo.

Tabloids claimed that while Nancy flew to Kuala Lumpur for a skin care brand function, Ruco allegedly took the opportunity to ask out Phoebe. Ruco and Phoebe were photographed sharing a meal inside his car at Peak.

In response to the Ruco’s date with Phoebe, Nancy laughed and said that the incident did not concern her. Nancy said she is not upset at Ruco as they only work together. Nancy shrugged, “Why would I be upset at him? We’ve only been colleagues – there’s a difference between what’s reported and the truth.”

Stressing that she is still single and not dating, Nancy said she has been busy filming TVB drama, Deep in the Reach of Conscience <深宮計>.