Nancy Wu is Not Leaving TVB 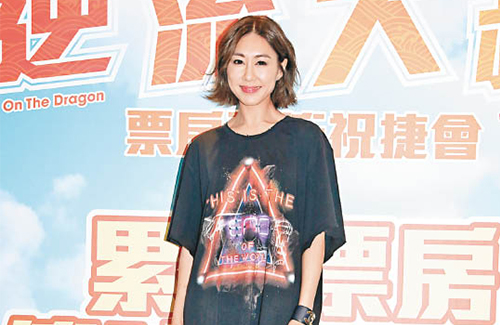 Nancy Wu (胡定欣) is here to stay for a while.

“I don’t even know how this news came about,” she said. “The company and I still have time left together before the contract ends.”

Speculations of Nancy leaving came about after it was confirmed that Nancy would not be joining her A Fist Within the Four Walls <城寨英雄> costars in Jazz Boon’s <文偉鴻> new TVB drama, Bangkok Chinatown <曼谷唐人街>.

“I did participate in a stage play earlier, so I took time off to take a break. I needed to rest.”

In regard to the news that Nancy had turned down Jazz Boon’s new production, she said, “That would not happen! I just have new arrangements. I’ll be doing a travel program soon.”

Men On the Dragon is Nancy’s debut film. It is centered on four average office workers who were thrust into a dragon boat race. Francis said the cast will show off their “ripped bodies” once the box office breaks ten million. He laughed and said, “That job will be handed to Poon Chan-leung. Save me for the finale!”

3 comments to Nancy Wu is Not Leaving TVB