Nancy Wu: TVB Has to Examine Itself to See What’s the Problem 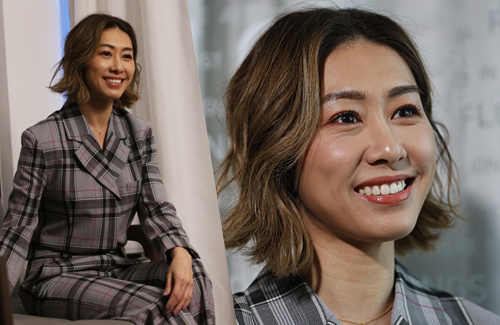 Having received the full spectrum of awards at TVB, many wonder why Nancy Wu is not exploring her opportunities elsewhere.

About a year and a half ago, Nancy Wu (胡定欣) took a long break after completing filming for the drama Justice Bao: The First Year <包青天再起風雲>. Due to her long absence from television screens and recent movie appearances, many mistakenly thought that the 37-year-old actress has already left TVB.

Clarifying the rumors, Nancy merely wants to take a break while exploring other performance genres she has never dared attempt, such as acting in stage plays and singing for concerts. “I still have a contract. I don’t usually restrict myself as to what kind of performances I take on, and feel that I should try whatever challenge as long as there are opportunities.”

Receiving numerous awards including “Most Improved’”, “Best Supporting Actress” and “Best Actress”, many are curious as to why Nancy has not already left the station to seek better fortunes. Many less accomplished artistes have already done so.

Gaining the reputation of being a “loyal TVB artiste”,  she said, “What I’m chasing after is my own on-stage capability, my own performance and not any award, as I think I am past this stage.” While Nancy once believed she couldn’t easily memorize long scripts, Nancy now said, “You’ll never know you can’t do it until you try.” 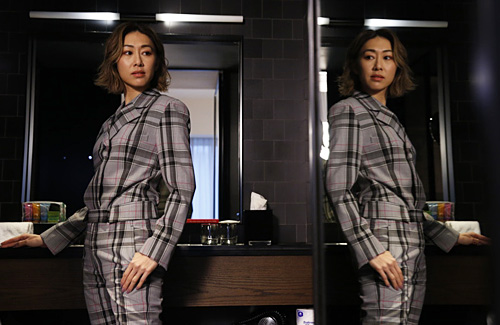 On TVB’s Decline: Progress Takes More Than What a Single Actor Can Do

If what Nancy wants is a breakthrough in performance, TVB is definitely not the only platform. Obviously, her attachment to the station is what keeps her there. “My base has always been TVB. This is where I grew, learned, and gained much. Everyone also started knowing me from here.”

“Of course I hope for TVB to do well, and to produce innovative works. It’s a platform which many Hong Kongers grew up with. Actually everyone really hopes to do his or her best to improve things, but this is not what one person can single-handedly achieve. This is a task that requires everyone’s efforts.

Commenting on TVB’s current declining reputation, Nancy thinks it’s because audiences today are more well-traveled and have wider horizons. They have higher standards as a result. “We need to examine ourselves to see where we are inadequate and how we can improve things. The issues which the station and industry have to resolve are not what a single actor can solve. I believe [they’re] already trying new things to challenge their own limits.”

4 comments to Nancy Wu: TVB Has to Examine Itself to See What’s the Problem