Natalie Tong On Kenneth Ma’s New Romance: “I Expected It” 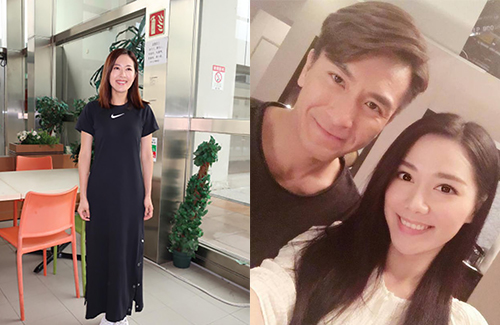 Natalie Tong (唐詩詠) was not at all surprised when Kenneth Ma (馬國明) announced his relationship with Roxanne Tong (湯洛雯) on Instagram. Natalie said she already had a hunch that the two were dating months ago, but decided to leave it be, hoping that Kenneth would share the news himself.

“I had a talk with Jazz Lam (林子善) about it,” said Natalie. “Originally Jazz thought about asking him, but I told him not to, so they can have their space for development. We should leave him to tell us, but he never did.”

Fans went off with the conspiracy theories when they noticed that Natalie did not like Kenneth’s announcement on Instagram. After collaborating in 2010’s A Fistful of Stances <鐵馬尋橋>, Natalie stayed close friends with Kenneth and Jazz (including Kevin Cheng 鄭嘉穎 and Stephen Wong 黃家了), often referring each other as brothers in public. Since Kenneth’s breakup with Jacqueline Wong (黃心穎), fans went all out in shipping Natalie with Kenneth, hoping they would become more than just friends.

But when they saw tha Natalie didn’t like Kenneth’s post about Roxanne, fans starts to come out with their own theories. Was Natalie upset?

“Everyone’s looking too much into social media,” said Natalie. “I haven’t liked anything on Kevin’s account the past two years since he started it. I don’t ‘like’ every single one of Priscilla Wong’s (黃心穎) posts. I have zero interactions with at least 70 percent of my friends on social media. Why is it so important for people to see me ‘like’ things? This is a happy announcement, regardless of who ‘likes’ it. Don’t use social media as a way to determine one’s relationship with others. When I said I didn’t need more scars in my friendships, I wasn’t referring to him. I just really liked that saying.”

4 comments to Natalie Tong On Kenneth Ma’s New Romance: “I Expected It”