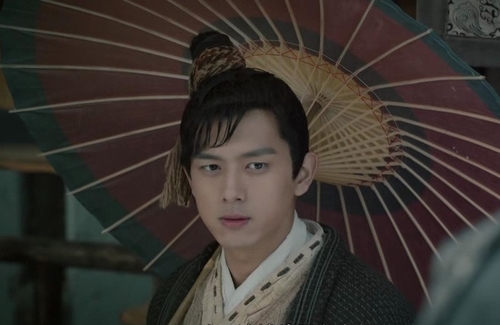 Warning: The following article contains spoilers for the series, “Sword Dynasty.”
After gaining traction in his career with his astounding performance in idol drama Go Go Squid! <親愛的，熱愛的> a couple of months ago, Li Xian (李現) is back with another drama: Sword Dynasty (劍王朝). Due to his immense popularity, the drama received a record-breaking two million views during the first hour of the drama’s broadcast on online video platform Iqiyi. Interestingly, Li Xian’s quirky hairstyle featuring bangs in the series became a hot topic among the audience, prompting the actor to hold an impromptu photoshop contest on Weibo.
Li Xian asked netizens to photoshop new bangs for his character, Ding Ning (丁寧). As a result, he was photoshopped into a Qing Dynasty princess, a Teletubbies character, Sailor Moon, and more. Costars Li Yitong (李一桐), Liu Yijun (劉奕君), and the director joined in on the fun to show off their photoshop skills. Jokes aside, viewers will have to bear with the bangs until December 20 – Li Xian will debut a new look in the drama then.
Another hot topic following the drama’s broadcast is Peter Ho‘s (何潤東) short-lived role in Sword Dynasty. He portrays the Ba Shan sword master, Wang Jingmeng (梁驚夢), who was ultimately betrayed, fed with poisonous wine, and died in the end.
His screen time of 16 minutes made netizens dumbfounded. They commented that he “picked up a lunch box” so early – the term is used to describe an actor whose role was killed off or ended in a series. To comfort fans, Peter made fun of himself by posting a photo of him eating a lunch box. He said, “My manager gave me a lunch box and told me eating it is the right thing to do.” 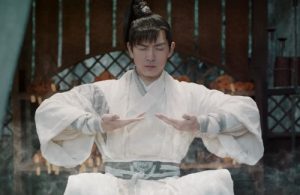 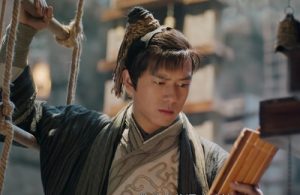 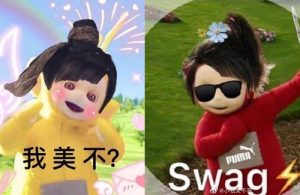 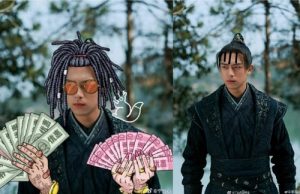 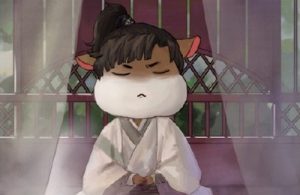 Source: HK01
This article is written by MelodyC for JayneStars.com.