Despite Hong Kong’s rising COVID-19 cases, filming has started for TVB medical drama Children’s Hospital <兒童醫院>, which stars Kevin Cheng (鄭嘉穎) and Him Law (羅仲謙). The new fathers are taking extra precautions during filming due to the heightened virus risks.

TVB tried to delay the filming of Children’s Hospital, but it was deemed impossible because of Linda Chung‘s (鍾嘉欣) schedule, who especially returned from Vancouver to star in the drama. With a big filming budget, the station spared no expense for Children’s Hospital and hired many temporary actors to play doctors, nurses, and patients. According to a source familiar with the set situation, the drama’s production poses some health risks due to the large cast, “COVID-19 wasn’t as severe during the filming for Armed Reaction 2020 <陀槍師姐2020>, and the set did not have as many temporary actors as Children’s Hospital.” 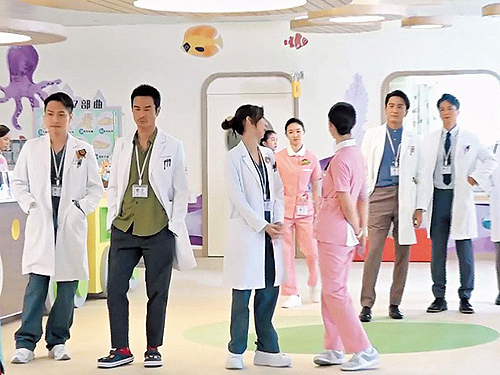 The source continued, “Him Law works in close proximity to many people and he is nervous. Originally, Him and Kevin both wanted filming to start after the peak of the pandemic. However, the production team has limited time with Linda and can’t postpone filming much longer. Him and Kevin are fathers, so they are very understanding towards Linda being separated from her children for so long. In the end, they relented and are hoping that the COVID-19 situation will subside.”

Despite agreeing to film, Him and Kevin had been taking measures to protect their families and they have self-isolated themselves before filming even began. The source revealed, “Since filming started, Kevin moved out of his house to a hotel in Tsim Sa Tsui. His youngest son was just born and his elder son is very attached to him. Kevin is very worried that his wife Grace Chan (陳凱琳) is doing everything by herself, but there is no other way.” 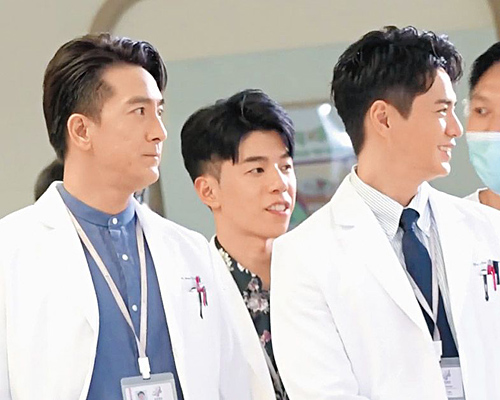 Like Kevin, Him has the same worries but he has not moved out of his home. The insider shared, “Him lives in a house and is sleeping in a separate room from his wife Tavia Yeung (楊怡) on a different floor. In order to protect his wife, Him does not mind wearing his masks indoors and would not dare to hold his daughter.”