Lucas Tse (謝振軒), the eldest son of Nicholas Tse (謝霆鋒) and Cecilia Cheung (張柏芝), is now at the peak of his preteen years.

Lucas, who recently turned 12, was spotted at a sushi restaurant a few days ago with his mother and his younger brother Quintus. Cecilia’s brother Ronnie Cheung (張豪龍) and his wife were also present.

The family were low key but fashionably dressed. Quintus wore shorts while Cecilia wore a black skirt. Lucas, being the angsty teen that he is, covered himself in all black, wearing a black t-shirt, black pants, and a dark gray zip-up. It seemed just like yesterday was Lucas was barely reaching up to his mother’s shoulders—now he’s almost taller than Cecilia!

In their walk across the mall, reporters noted that Lucas barely talked. He quietly followed his group and had his hands in his pocket. At one point, Cecilia tried to hold Lucas’ hand to get him more engaged in their conversation, but Lucas shrugged his mother away. The angst is showing!

After their lunch, the family spent some time at a shoe store and a toy store, but they did not purchase anything. Reporters noted that Lucas was “very cool” and that he resembled his father Nicholas. 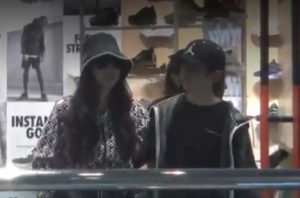 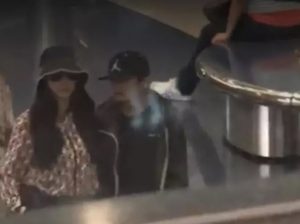 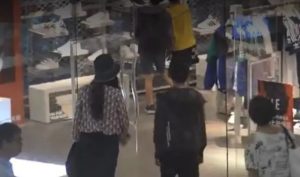 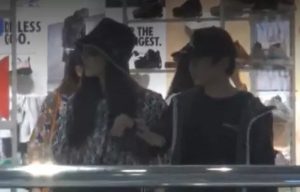