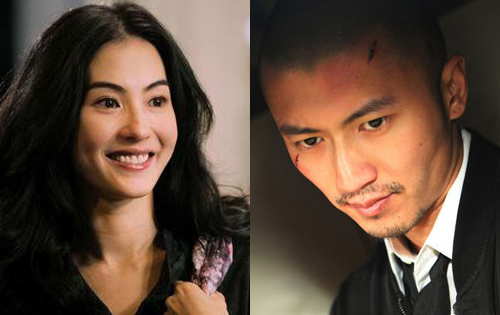 Nicholas Tse (謝霆鋒) has not accepted any TVB interviews for more than 6 years. Due to his friendship with Luisa Lai (黎芷珊), Nicholas appeared as a guest in her interview program, The Best Actor <最佳男主角>. Nicholas shared many years of his heartfelt experiences, including love relationships with Faye Wong (王菲) and ex-wife, Cecilia Cheung (張柏芝).

Breakup with Cecilia Has Nothing to Do With Nude Photos

When Nicholas shared his stories about his ex-wife, Cecilia Cheung, he said that they have gone through many tough times and challenges together.  Unfortunately, their marriage still ended in divorce. Nicholas revealed that they both needed to mature further. After their divorce, their relations remained positive, as Nicholas and Cecilia loved their sons deeply and are committed to be good parents.

When asked what attracted Nicholas to Cecilia in the first place, he said it was her personality of being not afraid to love and hate. She is a very kind-hearted person. Regarding chances of reconciling with Cecilia, Nicholas replied, “No, it truly doesn’t look like it’s going to happen.” He is very grateful that Cecilia had never made any negative remarks about him in front of their sons after the breakup. Their divorce has not affected his relationship with his two sons.

Nicholas said that Cecilia’s sex photo scandal with Edison Chen (陳冠希) sex photo scandal, and their airplane photograph together last year were not the cause of divorce. Nicholas claimed that he has never seen the nude photos. Nicholas believes that having faith and confidence in that person is good enough in a relationship.

As for worrying about his sons facing the same kind of burden growing up with their famous celebrity parents, Nicholas said he has some worries, but believes that if his sons can endure the constant media attention, they will grow up to be real men. He truly wishes they will become good people and be able to contribute to society.