(Above) Song Hye Kyo plays a fashion design team lead romantically connected to Jang Ki Yong’s photographer character, but later realizes he is the younger half-brother of her ex-boyfriend.

The first comeback drama since her divorce from Song Joong Ki, actress Song Hye Kyo’s Now, We Are Breaking Up premiered with a steamy opening on November 12 and achieved good viewership initially. Despite the K-drama Queen helming the dreamy romance, it seems even Song Hye Kyo’s screen presence fails to save the series from buzzworthy period drama The Red Sleeve‘s competition. 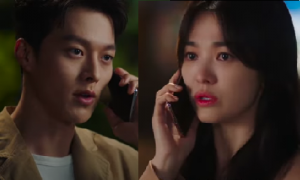 The actress plays Ha Young Eun, an emotionally icy team lead of a fashion design company, who ends up having a one-night stand with star photographer Yoon Jae Guk (Jang Ki Yong) at a fashion week event. He later reveals in episode 5 that he is actually the half-brother of her ex-boyfriend (played by Shin Dong Wook), who died from an accident ten years ago. However, Young turned him down as she still reels from the trauma of the tragedy from ten years back.

Unrelenting, Jae Guk then told her that he had been the one who took the photo she bought back in Paris then. “I had survived the past 10 years because of the lady who bought that photo. My heart has been beating like crazy because of my chance encounter with her. Because of her I cancelled my ticket, as she is here.…” Touched by his words, Young Eun visibly tears up.

Despite Song Hye Kyo’s emotional onscreen performance, the drama’s ratings took a dive from 7.9 to 7.0 percent, losing out to sageuk The Red Sleeve’s 8.8 percent for the same timeslot. Meanwhile, The Red Sleeve, which stars 2PM’s Junho and Lee Se Young, has been raved for its leads’ stellar chemistry and  cinematography. 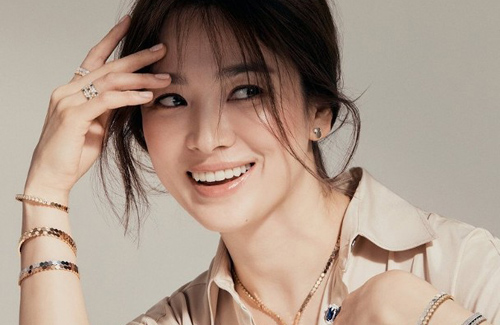 How has her divorce with Song Joong Ki changed Song Hye Kyo?