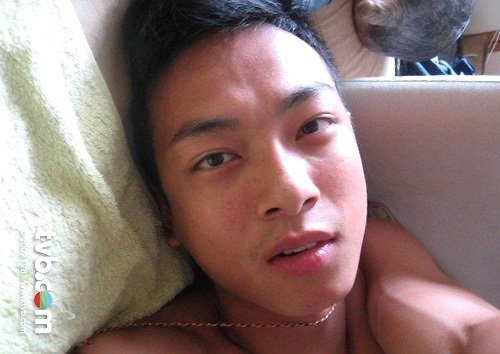 TVB actor, Oscar Leung’s (梁烈唯) acting abilities have long been praised. His popularity climbed higher after the broadcast of drama, L’Escargot <缺宅男女>. Perhaps Oscar’s self-confession about a delinquent past painted a negative image in some fans’ minds. To his horror, Oscar discovered that recent rumors circulated that he was involved in a rape case!

Although Oscar wished he could laugh off the dramatic rumors, he was concerned that the public may believe the rumors to be true, impacting his image negatively. Oscar’s friends and family began to call him to express their concern.

Oscar was uncertain how the defamatory rumors started. “I felt very troubled and was very unhappy.” He felt helpess that such a prank had warped into such serious allegations. Oscar felt that it was time to tell the press about his side of the story before the public accepted the rumors to be the truth.

“To-date, no one has contacted me about the matter,” Oscar revealed. He considered going to the Hong Kong police station to ask if any complaints were filed against him.

TVB Deputy Director of External Affairs, Tsang Sing Ming, was also unclear as to how Oscar Leung’s name became attached to an incident at a bar on May 4th. Mr. Tsang said, “Oscar Leung’s manager said that he was filming at that time, so he had no time to go to the bar!” Mr. Tsang further noted that if Oscar was truly implicated in the incident, the authorities would have already contacted him.

Jayne: It’s quite common for netizens to start rumors about celebrities these days. As the rumors spread, it becomes difficult to trace where they started.