Teasing viewers about their onscreen romance in upcoming TVB drama The Spectator <旁觀者>, actors Pakho Chau (周柏豪) and Venus Wong (王敏奕) shared that they will have many intimate scenes! 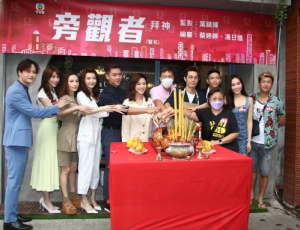 Among the cast present at the prayer ceremony of the drama were Jinny Ng (吳若希), Joey Law (羅天宇) and Brian Tse (謝東閔). Though romantic sparks will be flying between Pakho and Venus onscreen, there is no lack of underlying tension either, since the two share a complicated relationship, with Pakho playing a serial killer disguised as a cafeteria owner, while Venus is a police officer.

Pakho: “Romantic Yet Poignant” Love Scenes
Produced by Yip Chun Fai (葉鎮輝) who had brought viewers  Barrack O’ Karma <金宵大廈>, The Spectator will be a 20-episode series that combines thriller, suspense and romantic elements in one. Asked to comment on just how “exciting” their intimate scenes will be, Venus shyly passed the bucket to Pakho by saying the scenes were surely not as daring as those in the films he had starred in. The actor readily confessed that the level of intimacy in The Spectator was no big deal for him, though Venus probably found them bold. He described the scenes as being “very romantic, beautiful and yet poignant, [since] there was a lot of love between the two [characters].”

Due to the topless scenes required, Pakho was keen to tone up and shed some pounds before commencing filming, only it turns out that Venus also felt motivated to do the same, and the two ended up challenging each other to “salad eating.”

Sibling Jealousy for Pakho After No. 2’s Arrival
As his second child only recently arrived, Pakho shared that that he was so caught up with work he had only carried his son twice up until now! Hoping to wrap up his scenes soon so he could spend more time with his family, he said “Now I have to resolve the tension between elder sister and younger brother, the elder sister is obviously jealous, whenever (she sees me) carrying her brother she will call out ‘Daddy,’ so I’d have to educate her slowly.”

Asked about her father-in-law Eric Tsang‘s (曾志偉) recent $27.8 million Hong Kong dollars earnings from the sale of his Boundary Street properties, Venus said she was not too up-to-date about the matter, and said she should need to “first work hard to earn money and save up, to have enough for investing.” 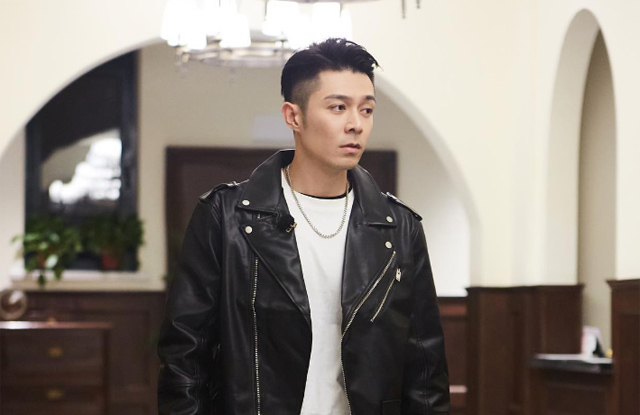