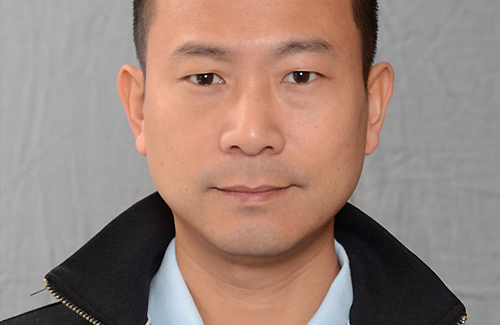 The role of Pang Sam Shun in The Confidant <大太監> last year came as a big popularity boost for Power Chan (陳國邦). Although he lost the 2012 TVB Best Supporting Actor title to Koo Ming Wah (古明華), many netizens continue to show him their support. Last Tuesday, Power revealed that he has decided to renew his TVB contract.

“I’ve left TVB in the past for seven years, returning in 2000. In thirteen years, I’ve portrayed many roles I like. To get a good role, to be well-received by the audience, and to earn high ratings for a series is not easy. I waited twenty years until the role of Pang Sam Shun. It definitely boosted me. I am more well-known within the company, and there are more opportunities than before. So how can I leave [TVB]?” Power expressed.

Did Power already sign the contract? “We already discussed everything. The only thing that’s lacking right now is the signature.” Since Power is now highly popular, is TVB raising his salary? “It’s a normal increase by a few percentage points. Being in TVB for many years, I already know that money won’t be very high. Although no one can promise anything, the encouraging words from Catherine Tsang (曾勵珍) and other producers, as well as the noise from the awards ceremony were all positive reflections. I believe there will be more opportunities for me.”

Allegedly, Power was invited by Ricky Wong’s (王維基) HKTV to join them earlier. Was Power not moved by the high salary HKTV offered compared to TVB? He replied, “I did discuss with HKTV before. After the birth of my daughter, our expenses definitely increased. But my wife and I are considered lucky. We’re not at the point in which we really need money. We are fine the way it is right now, because we can work for what we like. It’s what we are happy with. Therefore, money is not the main consideration. The chance to gain opportunities is more important.”

Currently busy filming for The Love Firm <傳愛事務所>, many people pointed out that Power Chan and Wayne Lai (黎耀祥) look alike when they are standing next to each other. Power admitted that even his wife thought he and Wayne look alike.

Power expressed, “Wayne is one of the people who has given me support. We don’t have many scenes together in this drama. I’m really looking forward to future collaborations. I heard that we might film Five Tigers <五虎> next year, but it won’t be a sequel of The Confidant. It’s a brand new story.”