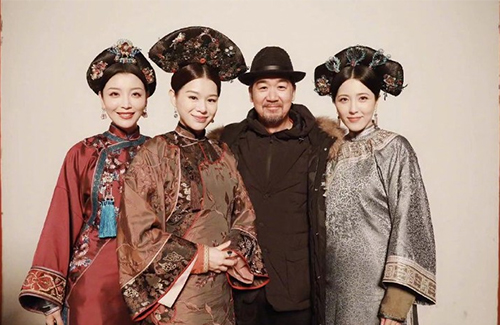 The Hong Kong actress recently shared on social media that filming for the Chinese period drama The Last Cook <末代厨娘> has finally wrapped up. The 39-year-old—who announced in January that she is expecting her second child—shot the entire show while pregnant. 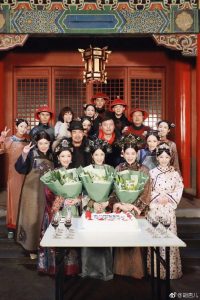 “Filming has wrapped up! Finally wrapped up!” wrote Myolie on her official Weibo account. “Thank you to the cast, crew, and director of The Last Cook for taking care of me. I’ve met many new friends. Thank you to Teacher Zhang Guoli (张国立) for your appreciation, thank you Li jie for your wonderful care, thank you Xiaofei for talking with me every day, thank you Hai Lu (海陆) for spending night shifts with me, thank you [Fan] Tiantian (范湉湉) for making me laugh until my stomach hurt, and thank you to all the juniors for taking care of me. I look forward to the days we promote the show together!”

The Last Cook, set in the final years of the Qing Dynasty, is produced by veteran actor Zhang Guoli and tells the story of Rong’er (Hai Lu), a commoner who by chance comes upon the opportunity to serve in the palace as a lady-in-waiting. Rong’er’s cooking gets acknowledged by Shouxi, a ranked palace maid, who takes her in as her disciple. A vengeful eunuch murders Shouxi, and Rong’er finds herself wrapped in a conspiracy. The drama also stars Ji Lingchen (纪凌尘), Ryan Yao (姚远), and Stephy Tang (鄧麗欣).