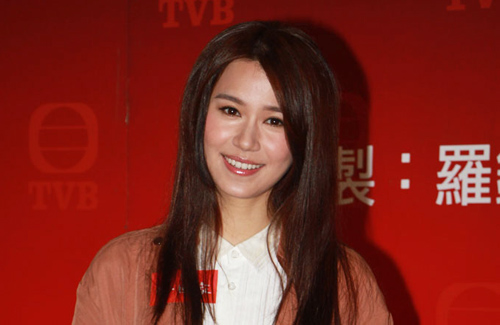 From her high-profile move to TVB in 2012 to her relationship with Edwin Siu (蕭正楠), Priscilla Wong (黃翠如) never seems to stay out of the headlines. When Priscilla’s father became an overnight billionaire when his construction company got publicly listed last year, the Two Steps from Heaven <幕後玩家> star shot to headlines again, earning the name “billionaire heiress”.

But Priscilla herself hasn’t been very loyal to her new nickname. Rather than moving to a much bigger estate, Priscilla and her family of seven chose to stay in their comfortable, yet humble house in Ma On Shan. The Wong family are also thrifty spenders, perhaps influenced by their low-income upbringing. Paparazzi once caught Priscilla purchasing a standard scarf for about only HK$80 in Tsim Sha Tsui, and noticed her tendency to wear the same sponsored jacket for at least two days in a row. Priscilla also shares clothes with her older sister and three younger sisters, all saving money on their wardrobe.

Priscilla is also a water saver, having admitted in the past that she doesn’t frequently wash her hair. The longest she’s had between washes was seven days. “It trains your hair to not be so greasy,” she said. She’s saving money on shampoo, too!

Even her boyfriend, Edwin, is getting affected by her thriftiness, and learning to become a saver. There’s a good future ahead for the both of them.