Priscilla Wong Criticized for her Acting in “Line Walker: The Prelude” 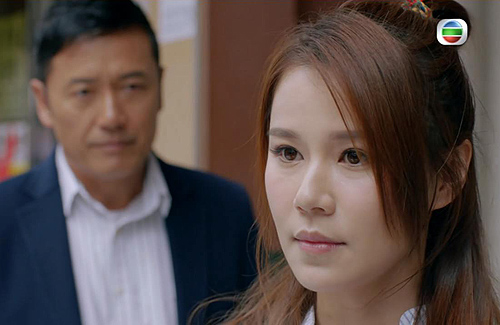 After the airing of Line Walker: The Prelude <使徒行者2>, Priscilla Wong (黃翠如) has been criticizing for her acting. The 36-year-old actress reveals that she will be taking an acting course while on vacation to improve her skills.

With rampant rumors of an impending wedding with her boyfriend, Edwin Siu (蕭正楠), is Priscilla worried that taking a vacation now would fuel the rumors? The 36-year-old actress responded, “No. There has already even been rumors about being pregnant! I want to [take a trip] attend a course to learn about acting, dancing, and ceramics. [Edwin] has to work, so I will be going alone to enjoy.”

Her decision to take an acting course comes soon after a flood of criticisms of her acting in Line Walker: The Prelude. A viewer even commented that her voice projection is awful, advising that she needs more practice. Is she going to take a course about acting because of these criticisms? Priscilla clarified, “[My decision] is not related to the criticisms. Of course, I will work hard and do my best. Everyone will have an opinion. I did look at the criticisms so I can see whether I have made improvements. The producer and my coworkers are all very supportive of me.”

Prior to transitioning to acting, Priscilla hosted travel shows for nearly eight years. Her role as host was very well-received at the time. Will she consider going back to her forte of being a show host? Priscilla said, “I am not a smart person. Even when I was in school, I had to study very hard. I had to host for eight years before becoming proficient at it. After filming my eighth and ninth drama, I need to continue to work harder and stay humble.”

9 comments to Priscilla Wong Criticized for her Acting in “Line Walker: The Prelude”