While cleaning up recently, Priscilla Wong (黃翠如) discovered an old photo of herself looking like a boy with her short hair. After Priscilla shared her childhood photos on social media, many fans praised she looked cute. They also compared her to husband Edwin Siu’s (蕭正楠) childhood photo and said he was the opposite of her because he looked like a girl.

In the photo, the cute three-year-old Priscilla had short hair while carrying a stern facial expression. Priscilla explained that she had short hair because in her kindergarten days, she always injured herself from falling and had to enter the hospital frequently. She even had to shave her head once to treat her injuries. But she doesn’t mind her past looks.

In another photo that is in black and white, Priscilla was seen with a slight smile while having puffy hair. The actress laughed at herself, and commented, “This little boy forgot to brush his hair for the identification photo.” She added, “Handsome boy”, which caused her fans to laugh. 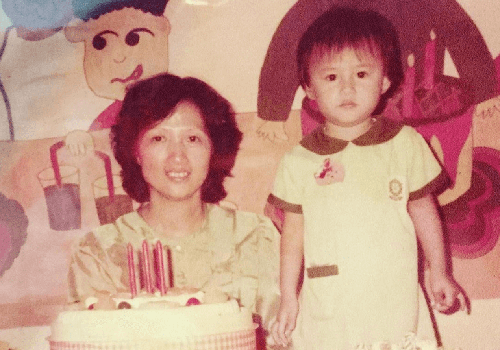 On the other hand, Edwin looked like a girl with his trendy slanted bangs when he was a child. Fans noted he his smile never changed even when older. In addition, the actor also humorously uploaded his “nude childhood photo” last year to celebrate the high ratings of his drama Deep In The Realm Of Conscience <宫心计2：深宫计>. He photoshopped his young self to a grown male adult body that possessed well-defined abs. 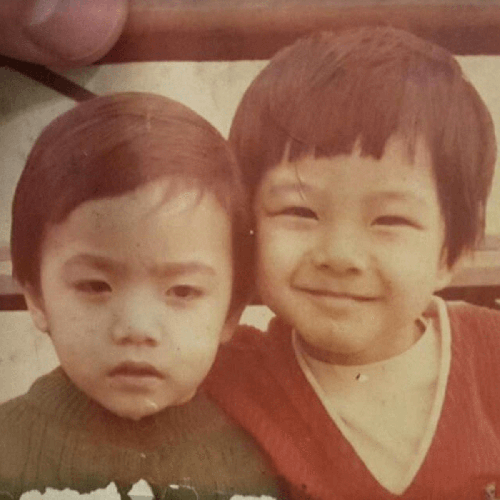