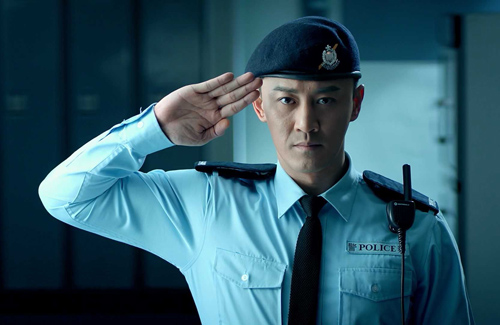 Starring Raymond Lam (林峯), Charlene Choi (蔡卓妍), and Alex Fong (方中信), ViuTV drama PTU <PTU機動部隊> is reaching its finale this week. Since its broadcast, the series has enjoyed immense popularity. The finale saw the identity of the corrupt cop revealed. It also has a happy ending for Raymond and Charlene’s characters, as Raymond successfully proposes to Charlene.

Leading up to the finale, Raymond and Shek Sau (石修) were growing suspicious Louis Cheung (張繼聰), believing him to be the corrupt cop. When confronted, Louis takes Kingdom Yuen (苑瓊丹) hostage and reveals that everything he had done was to seek revenge from Hugo Ng (吳岱融). More than 30 years ago, Hugo had ordered the slaughtering of an entire village, resulting in the death of Louis’ entire family. Since then, Louis had vowed to seek revenge against Hugo. Despite his morally gray character, Louis ended up getting shot during a shootout with the police force, eventually dying in the arms of Charlene.

On his last day with the PTU, Raymond successfully proposed to Charlene with a ring, roses, and small mold of their future home, ending the series on a happy note.