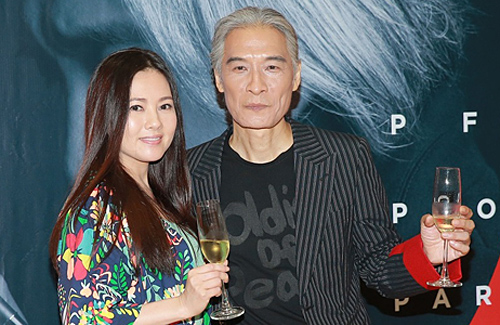 Once known as a sex symbol in the 1990s, Rachel Lee (previously known as Loletta Lee 李麗珍) had a complicated love life.  Most people remember her divorce with composer, Clarence Hui (許愿), and then her difficult on-and-off relationship with director-screenwriter Calvin Poon (潘源良). As a result of her past relationships, Rachel confessed that she suffered from depression, but she had since recovered.

Last month, Rachel celebrated her 53rd birthday with celebrity friends, Pinky Cheung (張文慈), Carrie Ng (吳嘉麗), Penny Chan (陳國峰), and James Ng (吳業坤). Feeling emotional on her birthday, Rachel shared on her Instagram, “I haven’t really celebrated my birthday in the last seven years, but this year, I felt especially happy. My past messy relationships made me depressed. I didn’t have the courage to face the public and I closed myself off.  Thanking my friends who stayed with me and never gave up on me; I finally understand that life goes on.”

Continuing to thank her friends for their support, Rachel said, “Even though I lost in love, I gained a group of close friends to cheer me on. Thanks to my friends, I know that I am not lonely. I hope that others can step out of the dark like me, and don’t be afraid; the worst will pass.” 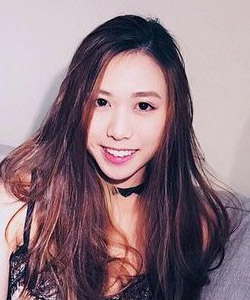 Like her character in the drama, The Greed of Man <大時代>, love was the source of heartache in Rachel’s life. Rachel’s marriage with Clarence did not last long, and they divorced shortly after the birth of their daughter. Afterwards, Rachel was linked to Calvin, and officially got together in 2008.

Unfortunately, Rachel and Calvin had a bumpy on-and off relationship that lasted for 10 years. Their bitter relationship finally ended when Calvin moved to Canada, and married his girlfriend.

In recent years, Rachel settled in Canada to be with her 21-year-old daughter, Annise. Although Rachel is rarely seen onscreen nowadays, Rachel would return to Hong Kong if there is a suitable job. Rachel was last seen in Hong Kong when she attended Yammie Lam’s (藍潔瑛) funeral, and bid her good friend a final farewell.