Married since 2019, Raymond Lam (林峯) and Carina Zhang (張馨月) are currently filming Chinese reality show Viva La Romance 5 <妻子的浪漫旅行5>. Although they are married, there are still many things they have not done together. They agreed to film the show because it allows them to see each other in a different light and fall in love again. 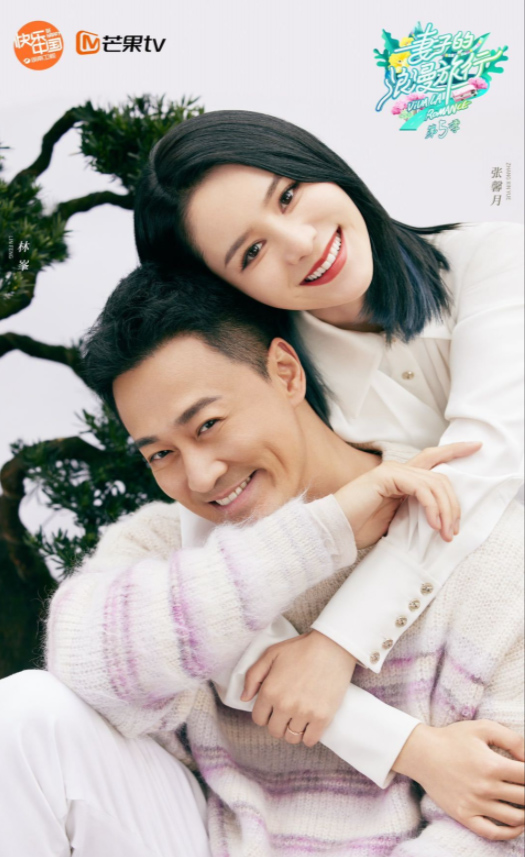 As arranged by the show, Carina and the other celebrity wives took a trip together where they learn from each other’s married lives.

Separated briefly, Raymond surprised his wife upon her return on March 30. After getting off the plane, Carina found a huge bouquet of roses waiting for her. She immediately took a selfie with the flowers and captioned, “Returned from my trip. After sitting on the plane for a day, I opened the car door to a beautiful bouquet of fresh flowers from my husband. The exhaustion from travelling suddenly disappeared. Raymond, thank you darling, I love you.” Raymond responded to his wife’s post with “Love you, my wife.”

Carina also posted the photo on her Instagram to which she wrote, “Marrying such a ritualized man makes me very happy.”

Although Raymond is 10 years older than Carina, the couple keeps the romance alive in their marriage with a few simple rules. The seven rules the couple signed to include: going to the sea together, saying ‘I love you’ every day, and giving hugs and kisses every day. Responding to Carina’s Weibo post about their love rules, Raymond wrote, “Of course I’m willing to go along with them!”

The couple’s sweet exchanges are already firing up anticipation for Viva La Romance 5, which will air on Mango TV on April 7, 2021.