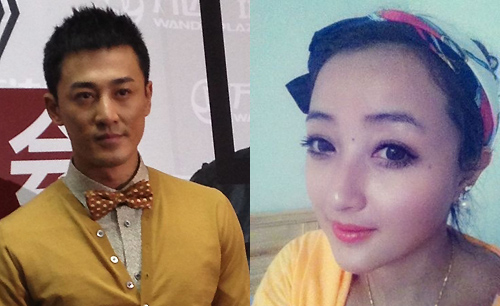 Ma Aiwun wrote on her blog on September 3, “Don’t think that everyone wants to be with you. I didn’t pretend to play hard to get; not everyone is as wild as you. We all go out with intentions to have a good time. You have such a bad personality! You live up to the ‘Playboy TV King’ very well!”

Although Ma Aiwun did not explicitly state Raymond’s name, her usage of the “Playboy TV King” reference led many to speculate that she was referring to Raymond. Earlier, Liu Yuqi had previously bashed Raymond with the same title. Raymond’s fans were quick to comment on Aiwun’s blog and accuse her of using Raymond’s name for publicity.

According to sources, Ma Aiwun met Raymond Lam at a bar. When Aiwun was in Hong Kong for work earlier, she went to a bar with some friends to relax. Raymond and his friends happened to be at the bar as well and their mutual friends introduced them to one another.

Apparently feeling unhappy that day, Raymond reportedly drank a bit of alcohol and was intoxicated. He took the opportunity to hug Aiwun and wanted her to leave with him. However, Aiwun was unwilling to go with him and struggled until their friends intervened.

While his friend was pulling Raymond away, Raymond allegedly yelled, “Acting all stuck up!” to Aiwun, causing an embarrassing situation.

When contacted by reporters to address the rumours, Ma Aiwun’s manager simply stated that Aiwun did not name the person on her blog and is currently focusing on her music career.

With his rising stardom, good looks and wealthy background, it is no surprise that Raymond is the target of many female stars looking to create a name for themselves.