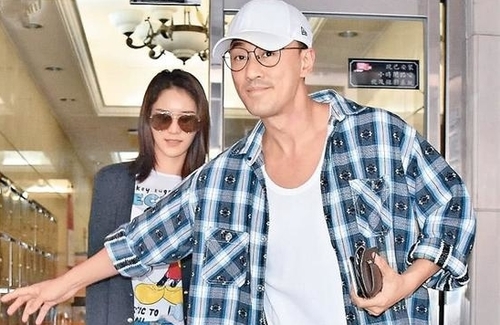 Earlier, it was revealed that Raymond Lam (林峯), 39, and his girlfriend Carina Zhang (張馨月), 29, officially filed for marriage registration at the beginning of last October. The lovebirds reportedly planned to get married on Raymond’s 40th birthday, December 8, so he canceled his birthday celebration with his fans. However, it is speculated that the current tension in Hong Kong prompted the couple to reschedule their big day. Even so, the duo appears unaffected by the change.

Although Carina is not officially Mrs. Lam yet, she already moved in with Raymond at his luxury home in Pok Fu Lam. Recently, the couple was seen leaving their love nest to visit a nearby doctor in Causeway Bay. They left the clinic after an hour, and Raymond held her hand while walking to their car.

Afterward, the couple went to Central, where Carina looked at makeup. Raymond was by her side the whole time and gave his input from time to time. Finally, he paid for the goods, and they left with Raymond carrying the shopping bag. Their last stop before returning home was at a restaurant that specializes in braised beef brisket noodle soup.

The next day, reporters caught Raymond on his way to work out in Sai Wan. A reporter asked him if he was getting married on December 8, and Raymond said no. 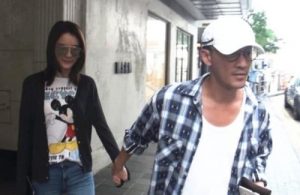