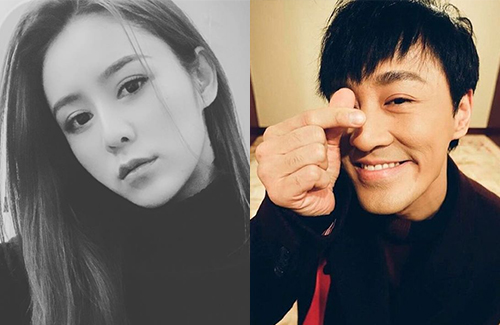 Raymond Lam (林峯) and his girlfriend for nearly two years, 29-year-old model/actress Carina Zhang (張馨月), are getting married! Local tabloid Oriental Daily published a copy of the couple’s official filing with Hong Kong’s Registrar of Marriages office, which was submitted on September 26. It seems that the couple may hold their wedding celebration in December as reported earlier.

In June, tabloids reported that Raymond had proposed to Carina with a 9.18-carat diamond in Guangzhou. Carina had burst into tears and said yes. Both his and her family were present to witness the proposal. At the time, Raymond’s representative didn’t directly deny the news and only replied,  “We have no comment on his personal love life.”

Known for her amicable personality, Carina is well liked by Raymond’s parents. The couple has often attended family events together. During the Lunar New Year holidays, Raymond had brought Carina to his hometown in Xiamen to pray to his ancestors and meet his extended family. Carina often attends social gatherings with Raymond’s friends as well.

With Raymond back in Hong Kong recently to film Line Walker 3 <使徒行者;>, the couple decided it would be more convenient to just live together so they can see each other more often.

On the filing application, Raymond and Carina indicated that they are both living at the Dynasty Court residential building in Pok Fu Lam. The 40-year-old actor had purchased his luxury condo four years ago for $60 million HKD.

Although Raymond has introduced Carina to his friends Ron Ng (吳卓羲) and Bosco Wong (黃宗澤), both actors were surprised when they learned that the couple had submitted their application for marriage registration. Ron said, “What! I really didn’t know! Is it real?” Bosco said, “I didn’t know! I’m very surprised. I’ll congratulate him later.” 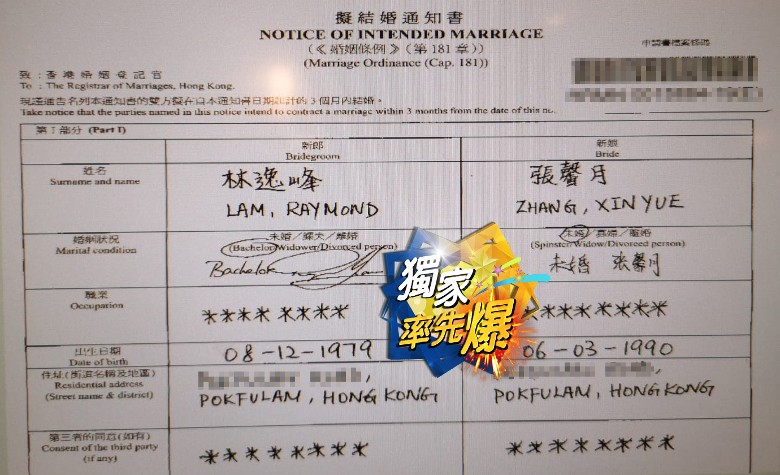